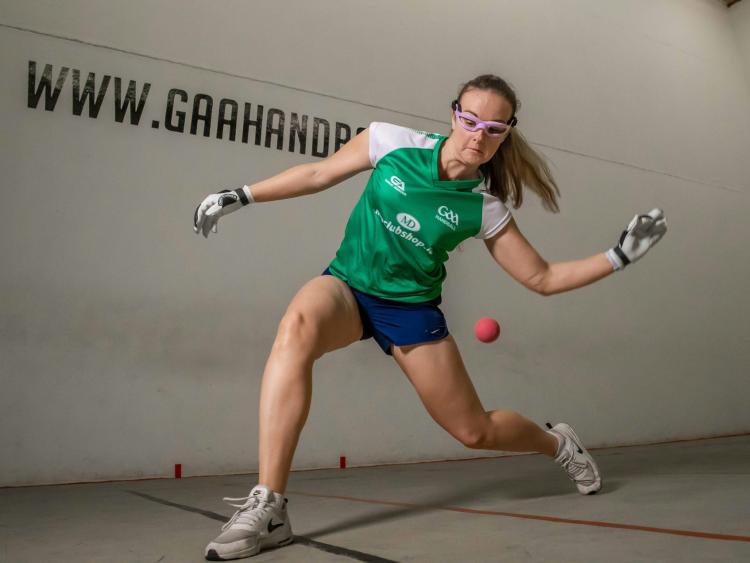 LIMERICK handballer Martina McMahon was honoured at The Irish Times/Sport Ireland Sportswoman of the Year Awards for her superlative performances in the All-Ireland Senior Softball Championships.

McMahon, who is from Newcastle-West, received the award for September. While the awards are usually presented at a gala lunch in the Shelbourne hotel, this year due to Covid-19 they were streamed live as an online event from the hotel just before Christmas.

With handball courts closed until July 20th McMahon had to stay fit in other ways but when she returned to the courts, it was clear she was ready for action.

She won her quarter-final 21-0, 21-0 against Laura Finn, the Sligo woman who was playing in her first senior championships. And McMahon wasn’t a whole lot less ruthless in her semi-final against Kilkenny’s Aoife Holden, winning 21-1, 21-2, neither opponent able to deal with her serve.

Those performances were enough to earn the September award for McMahon who duly went on to win her third All Ireland 60x30 Softball title in a row, and her fourth in all, beating Kilkenny’s Ciara Mahon 21-2, 21-8 in the final in Offaly.

As Dessie Keegan, President of the GAA Handball Association, put it after the match, "I think Martina McMahon is probably a once in a generation handball player. She is absolutely dominant."

The woman who has pushed McMahon the hardest in recent years, is Cork’s Catriona Casey, and the pair will hope to renew their rivalry in January or February when the rescheduled 40x20 final is due to be played.

Accepting the award, McMahon, who is recovering from a foot injury, told RTE’s Des Cahill about what she did during lockdown and her plans for 2021.

“Lockdown can be tough, even from a mental health perspective so I used it – when it was possible - to visit parts of the country and the county I hadn’t seen before. So I visited places like the Burren, the Cliffs of Moher and climbed Carrauntoohil.

Next year is a world championship year so I’ll be looking to retain my titles in singles and doubles there, and the same in one wall…..My ultimate goal is to repeat the feat of 2018 and remain undefeated for the year.”

This is the 17th year of the awards and McMahon was among 12 other monthly award winners nominated for the 2020 title.

This year it was the August winner, Katie Taylor, the undisputed world lightweight champion who was once again crowned The Irish Times / Sport Ireland Sportswoman of the Year for 2020. It’s the Bray boxer’s fifth time to win the award and comes after she enjoyed a highly successful 2020, defending her titles against Belgian rival Delfine Persoon and Miriam Gutierrez from Spain.