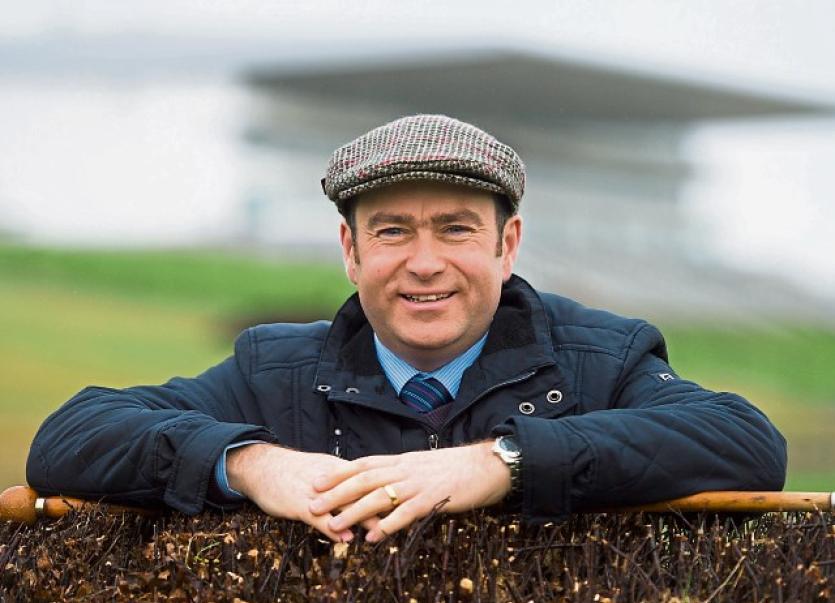 This will be a Christmas festival like no other this year. Due to current government restrictions as a result of Covid-19, racing in Ireland is currently taking place behind closed doors.

More than 40,000 racegoers had flocked to the Limerick Christmas Racing Festival in 2019.

This year’s Festival will again run from St Stephen’s Day until Tuesday, December 29 inclusive. A total of 28 races, all of which are sponsored, will be run at Limerick Racecourse.

The feature race on each of the four days will be live on RTE TV as part of their Leopardstown coverage, while the big race on December 28, the Tim Duggan Memorial Chase, will also be shown live to a UK audience as part of ITVs racing coverage. Racing TV will carry live coverage of each and every race at the 2020 Festival at Limerick.

Limerick racecourse general manager Patrick O’Callaghan said that while the behind-closed-doors Limerick Christmas Festival would have a very different feel to it this year, the horse racing industry was fortunate that it could stage fixtures during the pandemic.

Patrick O’Callaghan said: “This year's Festival certainly will be different. There is no doubt about that. It's very different but, look, the other side of that is that we are going, we are in operation.

“We have been lucky as an industry, we have been able to race even through Level 5 restrictions. It would be easier to get into Fort Knox than to get into a racecourse at the moment which is a good thing.

“You have to have done your health screening on line in advance of the meeting. Your temperature is checked on the day, you will be marked off a list, you have to have a barcode which is scanned which comes from the IHRB and if any of those things don't check out you don't get in. That is what has kept racing going and kept the industry pretty much covid free.

“With the amount of people that are employed in the industry that is vital because racing is a big employer.

“Normally at this stage, in the days leading up to the Christmas Festival, you would have the old butterflies in the stomach and you would be wondering if you had done this, or done that, done the other, so it is going to be a very different situation.

“There would be a big buzz looking forward to a packed house on St Stephen's Day and big crowds each of the four days. It's a very different situation now. I suppose we have been very, very lucky in that we have very good, loyal sponsors who have stuck with us.

“Obviously there were some of them who couldn't because of the nature of what has happened this year and how it has impacted on their businesses, they just weren't in a position to do so and than is fine also. We perfectly understood that.

“But I was really humbled by the support our sponsors have given us and the reaction I got from the sponsors when I initially made calls earlier in the year back in the autumn.”

The opening race on St Stephen’s Day is due off at 12.15pm. The feature race on that afternoon is the Grade 1 Matchbook Betting Exchange Faugheen Novice Chase.

Patrick O’Callaghan said: “The race was won last year famously by Faugheen. Following that race we applied to HRI and discussed it with Willie Mullins about renaming the race from the official name which was the Greenmout Park Novice Chase to the Faugheen Novice Chase. Gladly that was granted.

Entries for the race, which is due off at 2.35pm, included the exciting Willie Mullins-trained Asterion Forlonge and the Gordon Elliott-trained Envoi Allen.