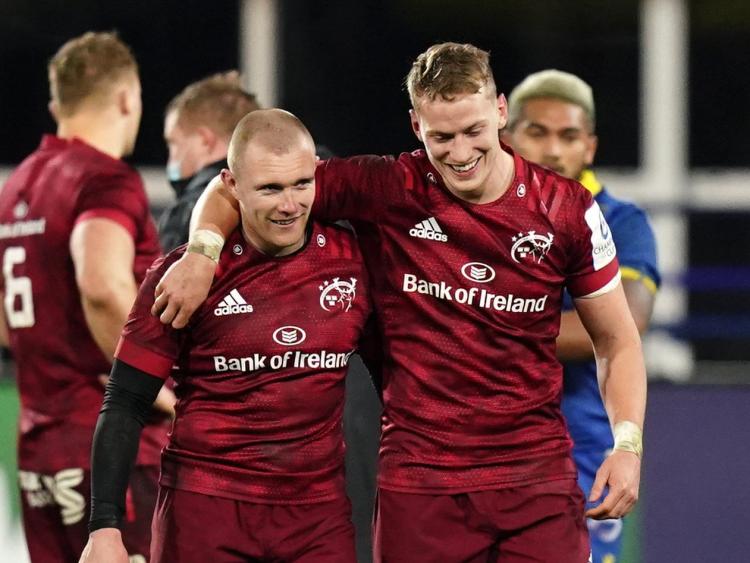 MUNSTER scored one of their most famous ever wins in Heineken Champions Cup history when recording a stunning 39-31 come-from-behind success over Clermont Auvergne at Stade Marcel Michelin on Saturday night.

Johann van Graan's charges roared back after falling 19 points in arreas after 24 minutes to outscore their hosts 30-3 over the remainder of the game and make it took wins from two in Heineken Champions Cup Pool B.

The comeback was Munster's biggest ever in European Cup rugby, eclipsing the 16-point deficit the province overturned against Sale in 2014.

Munster head coach Johann van Graan said Saturday's win was 'massive' for the club, the playing squad and the coaches.

Van Graan said: “I think we’ll enjoy the win first of all and then reflect on it. It’s a big win for the club. We haven’t won in France for three years and I think if I’m not mistaken Clermont have own 31 of their last 32 pool games here.

“It’s a team that Munster respect a lot and that I personally respect a lot and you’ve just got to feel what this club is about and even when we came in on the bus they had some of their supporters and they were so respectful towards us.

“So for us as a team, as a club, as a coaching group, obviously a massive win and specifically in the way that we did it. Look, we’ll enjoy tonight and we start again on Monday.”

A number of weekend Heineken Champions Cup fixtures did not take place due to cases of Covid-19, with 28-0 bonus point wins awarded in several games.

Van Graan said: “Firstly it’s a worldwide pandemic so you respect those scores and the health and safety of people comes first. We respect the competition rules and we can’t control that.

“The only thing we can is what we do. We said we need to come through this game and eventually we need to win all four pool games to go through to the quarter-final.”

Munster, who have won their opening 9 fixtures in all competitions this season, return to Guinness Pro14 action on St Stephen's Day when hosting great rivals Leinster at Thomond Park in a big interprovincial clash, 7.35pm.