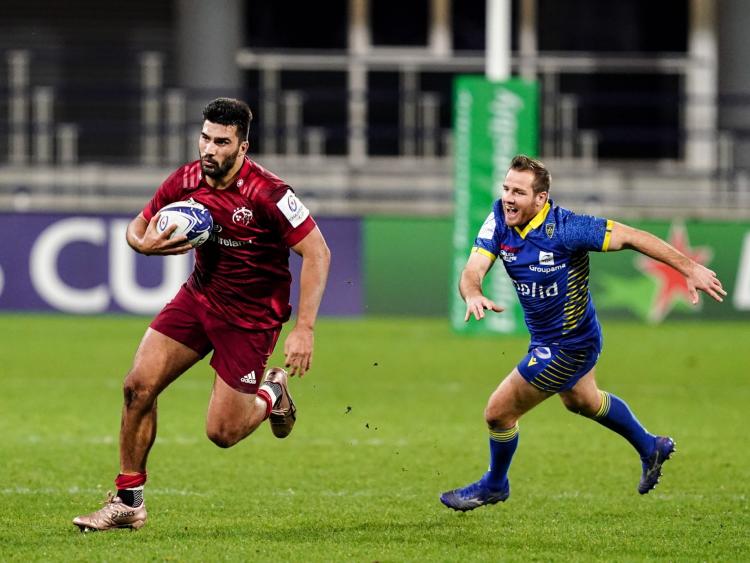 MUNSTER stormed back from a 19-point deficit in the opening half to score a thrilling 39-31 Heineken Champions Cup pool victory over Clermont Auvergne at Stade Marcel Michelin on Saturday night.

This was just the second time in 33 European pool fixtures that Clermont had failed to win at home.

The victory moved Munster up to third place in Pool B of the new-look, new format Champions Cup.

Remarkably two-time European Cup winners Munster outscored their opponents 30-3 over the closing 55 minutes of the contest.

Munster's hopes of taking anything from their trip to France looked slim when Johann van Graan's charges feel 28-9 in arrears after 25 minutes as the Top 14 side had sealed a try bonus point.

Munster maintained their stunning comeback in the second period with late tries from Man of the Match CJ Stander and replacement hooker Kevin O'Byrne sealing the most unlikely to wins.

Munster have now started the season with nine straight victories in all competitions.

The French side took the initiative from the opening kick-off as they capitalised on a Munster knock-on AS winger Raka touched down after a mere 24 seconds of the contest.

Another mishandled kick-off by Munster led to the hosts second try. After recovering possession from the error, Clermont switched play with ferocious pace, leading to an intentional knock-on by Munster’s Shane Daly – a penalty try award, and a sin bin for Daly.

So crisp off the line-out and Mike Haley goes ever to finish the move!#HeinekenChampionsCup pic.twitter.com/Pr7MdWvQEq

Clermont’s third try followed on 15 minutes. The French outfit moved the ball from a left wing lineout to the opposite wing where Penaud crossed the whitewash.

A bonus point try soon followed, Clermont forming a maul from a lineout on the right flank, Hooker Fourcade able to power through for the score. Munster, in response, were forced to settle for nine points from the boot of JJ Hanrahan, as the score stretched to 28-9 after 24 minutes.

The visitors eventually scored their opening try, a terrific effort, on 29 minutes. A lineout of their own was moved quickly across the field into the hands of fullback Mike Haley to reduce the deficit to 12 at the break.

CJ Stander with a massive try to complete an epic comeback AWAY to Clermont!

Early in the second half, Hanrahan further reduced the lead with three more penalties. Camille Lopez responded for the hosts on the hour mark as game reached a tense finale.

With 10 minutes remaining the Irish side took the lead for the first time. After dangerous play in the lineout from Clermont’s Tibaud Lanen – who was sent to the sin bin – Munster capitalised on the error. Man of the Match CJ Stander rumbled home on the back of a maul, with Hanrahan converting to take the lead 32-31.

Kevin O’Byrne put the icing on the cake in the final few minutes, the TMO confirming the grounding of his effort to complete the comeback. The sides face-off in the return fixture in Round 3.

Stayed in it. Shifted the momentum. Won by 8️⃣ points!