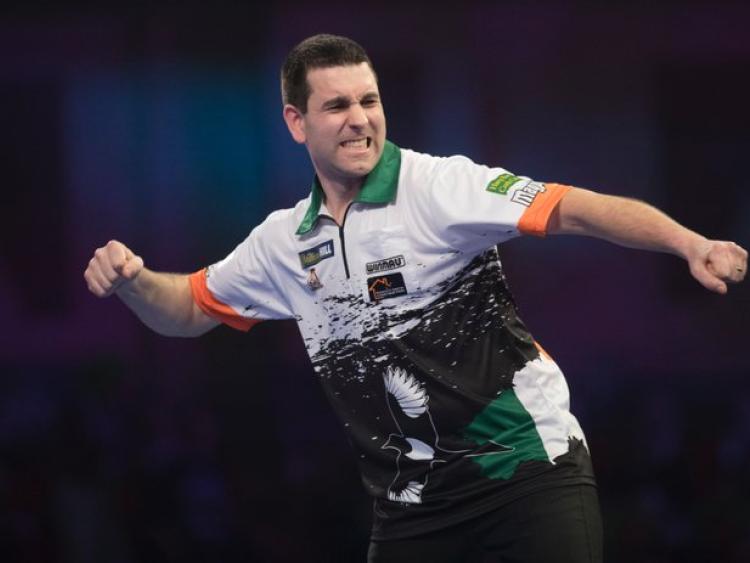 LIMERICK man William O'Connor powered his way into the second round of the PDC William Hill World Darts Championship after scoring an impressive victory over Niels Zonneveld on Wednesday afternoon.

Cappamore man O'Connor, nicknamed The Magpie, eased to a 3-0 victory over the Dutch man at London's Alexandra Palace.

The Limerick man will now face Northern Ireland's Daryl Gurney in the second round on tomorrow, Thursday, afternoon.

The match will be the four one on stage in the session which gets underway at 12noon.

O'Connor's three dart average was 88.42 in beating Zonneveld. The Limerick man, who is appearing in the World Championships for a fourth time, hit four 180s and threw more than 100 on 14 occasions.

Aftewards O'Connor told Sky Sports: "I didn't know what to expect coming into today because I hadn't played Niels before.

"I did a lot of research on him, I was a little nervous, watched Youtube a lot, a lot of his games.

"I was on edge coming in. In comparison to how I have been practicing I probably didn't show a sixth of what I have been doing.

A dominant performance from Willie O'Connor as he whitewashes Niels Zonneveld, only dropping three legs in the process!

"I have been practicing pretty good. My preparation had been pretty good coming into today. I can move onto the next one now."

Taking place until January 3 over 28 sessions, the 2020/2021 PDC World Championship will once again offer a stg£500,000 prize to the winner along with the coveted Sid Waddell Trophy.

Willie O'Connor is stamping his authority over this match now as he enters a 2-0 set lead! pic.twitter.com/WkxF5ewHhj

O'Connor has dominated that opening set and he finally gets over the line to enter a 1-0 set lead... pic.twitter.com/MG76I5lvPt

William O'Connor comfortably through to the Second Round as he beats Niels Zonneveld in straight sets pic.twitter.com/mEcskR4eal