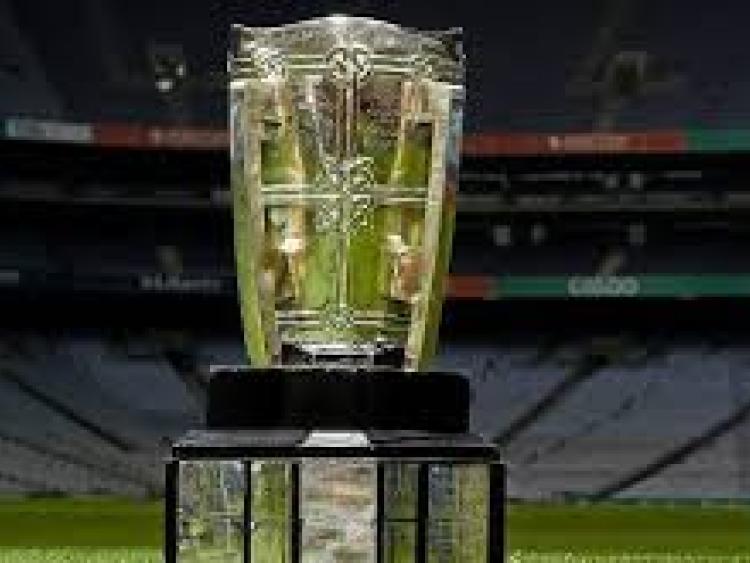 Usually, on a big match day, I would wake up good and early, go for a walk before having a bit of breakfast and heading for the train station.

I would get a buzz driving up through the city and seeing flocks of supporters decked in green and white with some ‘lorrying’ cans for the train ride up.

Usually, we would then head for the hotel when we get to Dublin where we have a pre-match meal and do a few bits. Sean Finn and I would head for a spare bedroom and go for a snooze, and give the receptionist the time to ring us and wake us up!

Yes, two hours before the All-Ireland. Different strokes for different folks, I guess. Some lads play games beforehand, some watch movies, some listen to music, and some talk about different things - I won't be revealing those details though! All that routine will be missed by everyone. But, for the players, they will be well used to the new routine and happy with that.

Looking ahead to the challenge that is ahead of us on Sunday, I have been saying all year that I have been really impressed with Waterford, both on and off the pitch.

Mikey Bevans is their coach. Bevans gave a coaching seminar earlier this year hosted by the Tipperary County board. He spoke about how intensity and ferocity is at the foundation of everything he does. He illustrated a couple of drills that he uses to develop workrate.

In one of them, two players must sprint flat out for 30 seconds, and then try to dispossess four fresh players in a condensed space, while their lungs are burning and their heads are spinning.
“It’s great to get players to empty themselves,” said Bevans, “and understand what workrate feels like. Their guts would be hanging out after 30 seconds. I get very excited doing those drills, and you find out so much about your players!”

Now, think back to Waterford’s performances this year. Austin Gleeson is a new man. He shared images on social media during lockdown of the transformation of his body. You saw how hard he worked against Kilkenny, and dropped to his knees once the final whistle blew.

You saw four Waterford players throw a Kilkenny man out under the Hogan Stand with a few minutes to go, while Liam Cahill and Bevans gave fist pumps to beat the band. Why? Because this is Waterford’s new identity. This is what they now pride themselves on.

Jamie Barron is back playing to his best, as is Austin Gleeson. Dessie Hutchinson has added a new dimension, Jack Fagan caught the world of ball against Kilkenny of all teams and Stephen Bennett is in the Hurler of the Year category.

I wrote previously about how I believe this Waterford team is a carbon copy of Limerick. Calum Lyons scored a goal against Cork, Kyle Hayes should have been Limerick’s first goalscorer against Galway. And they both play where? Half back.

I’m not so sure if the Munster Final gives us too much of an indication of what is going to happen on Sunday. I suppose what we do know from it is that there won’t be very much between the sides.

We did get a great return from our full forward line in the first half, with Peter Casey and Graeme Mulcahy posing serious problems for the Waterford full back line, and with the space in Croke Park, I think both players could do the same on Sunday.

The one trait I have noticed about Waterford this year is how they run at teams. Stephen Bennett’s point against Kilkenny is a great example, where he picked up the ball inside his own half, and tapped it over off his hurley from the 14 yard line. They run at you hard, and in numbers.

Goals seem to be on their mind all the time. The one saying that I have always hated is ‘take the points and the goals will come’. For me, I think it should be the opposite, ‘take the goal and if it’s not on, tap it over’.

I think Waterford have made a conscious effort in doing this. Limerick have scored some outrageous numbers this year in terms of their point scoring, which has been fantastic.

I just think if they could hang 2/3 goals on Sunday it will make a massive difference. And to be fair, we did create a number of goal chances the last day, so if we could just turn chances created into chances converted, it will pay dividends.

So, if I had to pick 3 things that I would love to see happen on Sunday, It would be the following: Kyle Hayes to beat Jack Fagan in the air, Stephen Bennett to be turned over early on and set down a marker, and keep Tadhg de Burca’s possession count to a minimum.

I think if we could do that, we would go a long way. I suppose I have talked about Waterford a bit, and that’s solely because we know what Limerick have. I will just compare two halves of hurling. The first half v Kilkenny 2019, and the first half v Galway 2018. If Limerick bring to Waterford what they brought to Galway in 2018 early on, I don’t know how Waterford will respond.

If we can put a seed of doubt in their mind early doors, and push on early, I would think Limerick should see it out. If Waterford stay in it, they will grow in confidence. And what Bevans has done to Waterford, Kinnerk has done to Limerick, and more!!

I, for one, can’t wait for it. I hope the boys do themselves justice, and I know they will do themselves, their families, their clubs, and their county proud, because they always do, agus Luimneach Abu!

On two separate notes, you can buy the match day programme in your local Centra from this Saturday. It will be the same as if you were at the game with the team line ups in them.

Also, this Sunday noon, there is a ‘On For the match’ with T.J Ryan, Dan Shanahan And myself, with Liam Aherne as Mc. The cost is €10 and all proceeds will be going to Clionas Foundation for whom T.J and I and brand ambassadors.

So while we will all be at nothing at 12 o’clock Sunday waiting for the time to pass, make sure to log on to zoom with the link on Cliona's website or through my social media and listen to plenty of laughs, jokes and analysis before the game while the money will be going to families with seriously sick children.