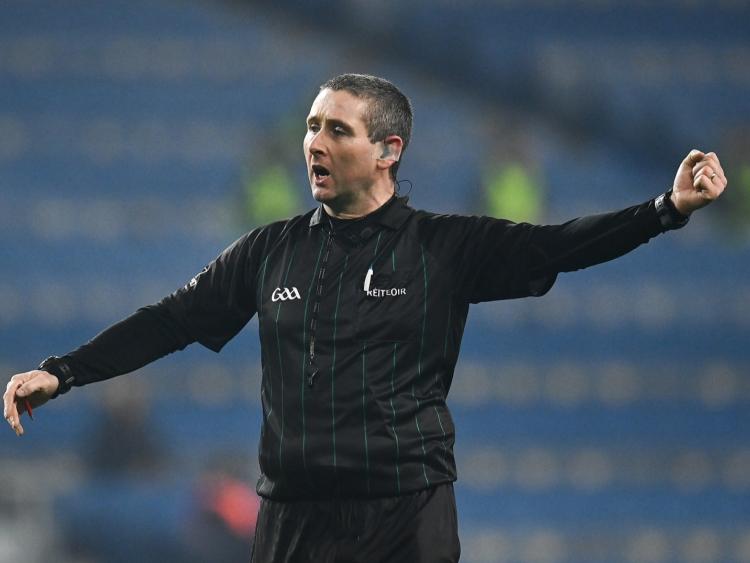 THE GAA has confirmed the referees and match officials for the 2020 All-Ireland Senior Hurling All-Ireland Final.

Fergal Horgan Horgan from Tipperary will take charge of the December 13 All-Ireland SHC final between Limerick and Waterford in what will be Fergal’s second senior final having previously refereed the 2017 Final between Galway and Waterford.

Horgan who is a member of the Knockavilla-Donaskeigh Kickhams has also refereed the All-Ireland Minor Final in 2014, and the All Ireland Senior Club final 2017 and 2019.

In this year’s Hurling Championship, Fergal has refereed Limerick v Clare in the Munster SHC, the All-Ireland SHC semi final between Waterford and Kilkenny and the Leinster SHC Final between Kilkenny and Galway.

In 2019, Horgan was the man in the middle when Limerick and Waterford met in the Munster SHC in Walsh Park.

His umpires on the day will be John Ryan (Cashel King Cormacs), Alan Horgan, Mick Butler, and Sean Bradshaw (all Knockavilla Donaskeigh Kickhams).

Cork’s Colm Lyons will be the standby referee. The other linesman is Paud O'Dwyer (Carlow) and the Sideline Official will be Sean Cleere (Kilkenny).