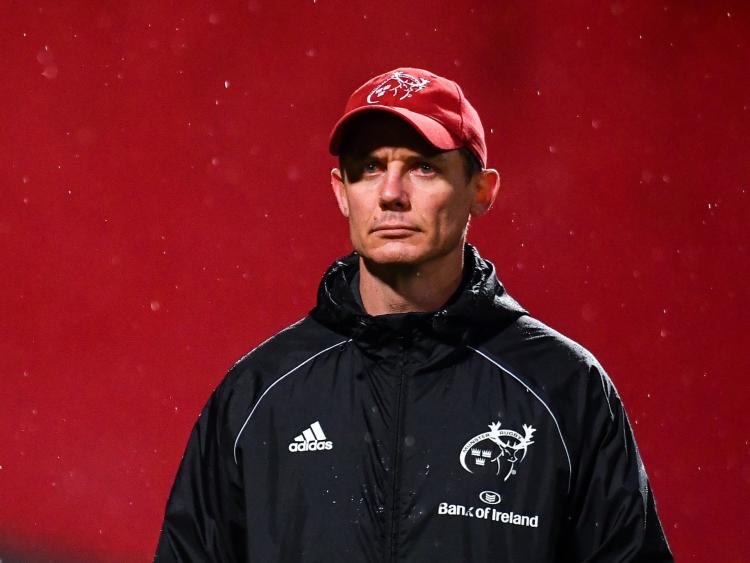 MUNSTER senior coach Stephen Larkham provided an interesting insight recently into how the Guinness PRO14 and Northern Hemisphere club rugby is viewed Down Under.

Larkham is well-placed to offer an opinion as someone who played Super Rugby in his native Australia as well as featuring for the Wallabies, while now the former play-maker is a key member of Munster's backroom team.

So just how is the game in this neck of the woods perceived in Australia?

Larkham said: "I think it is probably the same, when you look at the Super Rugby competition from over here, and you hear the guys talking about it, there are certainly players who say they are not playing real rugby.

"They have perfect conditions every week, not a lot of travel, it is such easy rugby over there and then vice versa.

"The Southern Hemisphere has players saying it is such a dour game (in the Northern Hemisphere, all the weather conditions and all that sort of stuff.

"But you know, you don’t really study it. I guess coming over here, being a part of Munster, being a part of this competition, you certainly appreciate that this is real rugby, this is the rugby that I grew up with.

"Club rugby was played in the winter time and the fields were muddy in Canberra where I grew up. Then Super Rugby came in and we started playing games in January, which is the back end of summer and you had perfect conditions. But this (winter in Limerick) is the rugby I grew up with."

Larkham also had some interesting comments on his view of the Guinness PRO14 at a time when the Irish provinces are flying high in their respective Conferences. So what does that say about the Welsh, Scottish and Italian sides competing in the Guinness PRO14?

"I have noticed that (Irish teams doing well ) as well. It is a testament to the programme the IRFU have put in place, plus the talent around the country, making sure the teams are performing and have good players there to perform."