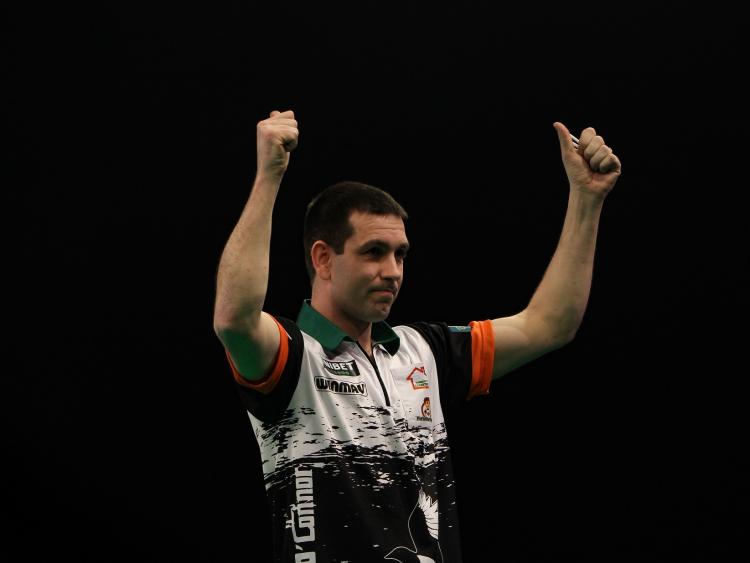 The stg£500,000 three-day tournament, traditionally held at the Butlin's Minehead Resort, will be staged at the Ricoh Arena this year as the top 64 players from the 2020 Players Championship Order of Merit compete for the title.

Thirty four-year-old William O'Connor, from Cappamore, is ranked 35th in the PDC world rankings at present.

Nicknamed 'the Magpie', O'Connor's walk-on music before his matches is the Thin Lizzy Classic, 'Whiskey in the Jar'.

All 64 players are set to compete once on the opening day this Friday. O'Connor produced a string of excellent displays to reach the semi-finals on Day 3 of the recent PDC Winter Series in Coventry.

Limerick man O'Connor won his opening five games to advance to the last four stage of the tournament.

He began the day by beating James Wilson, of England, 6-3, in the 128-player event.
O'Connor produced an excellent display to beat the PDCs number eight ranked player James Wade, of England, 6-5.

That high profile success saw O'Connor progress to the last 32 stage where he overcame Martin Kleenmaker, of the Netherlands, 6-4 to book a last 16 spot.

O'Connor then defeated PDC ranked number 16 player Jonny Clayton 6-5 in another nail-biter, before overcoming England's Ryan Searle 6-3. His run in the event was ended at the semi-final stage by Gerwan Price, of Wales.