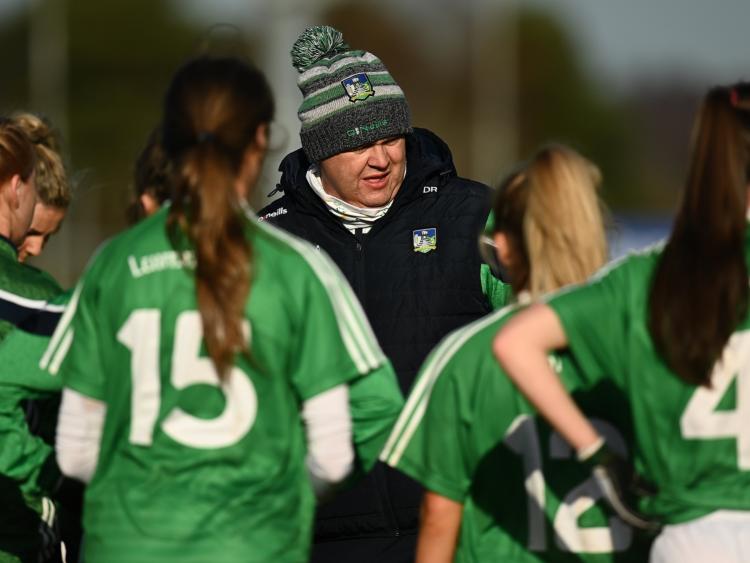 LIMERICK Ladies Football manager Donal Ryan has committed to the role for 2021 intent on building on their run to this season's TG4 All-Ireland Junior Ladies Football Championship semi finals.

Ryan wants all in Limerick Ladies Football to aspire to climb as high up the ladder as possible.

"I am here for a building process and I told them I would do that. A big thing for Limerick Ladies Football is getting involved with the underage and trying to set-up a proper structure going forward," stressed Ryan, who has just concluded his first year as manager.

"There are counties out there in Ladies Football and they are smaller than Limerick in numbers and clubs so it is doable - it’s going to take a bit of time but it is doable."

He explained: "Waterford have less players and clubs in Ladies Football than Limerick but they are senior and Division One, Clare have less clubs and maybe less players and they are Division Two and are going to push for the intermediate All-Ireland this year. It’s doable but it’s about getting the right stricture set up and let them flow through for a couple of years time".

Limerick had a new-look panel in 2020 and Ryan hopes all can continue for the next season.

"All we can do is hope that the girls come back and progress. Yes there might be a few dropping out but that’s the way things go."

He explained: "It’s very hard. When you look at Limerick GAA and the boys get their mileage and food allowance, the girls pay for everything themselves - so it’s hard. We have girls coming from NUI Galway and from Tralee and from college all over the place and it’s a big thing for them. They might have part time jobs and they are trying to work their schedule around coming to training - it’s hard to keep girls playing. Unfortunately Limerick Ladies Football aren’t in a position to do that and as good as the County Board are to us and The Woodlands have been fantastic but there is no one coming forward to throw money at us to push this thing forward".

Limerick had hoped for a greater emphasis on strength and conditioning in 2020 with a young panel but Covid-19 restrictions hindered progress in that area.

"The important thing for this year was the youth and building on them - unfortunately the gym was a big thing for these girls and physicality and strength and you could see that today because they were a bit more physical and stronger than us. We were doing a gym programme and gym was a big thing this year to build them up and that was pulled in March," said Ryan after Limerick's year was ended by a seven point semi final loss to Fermanagh.