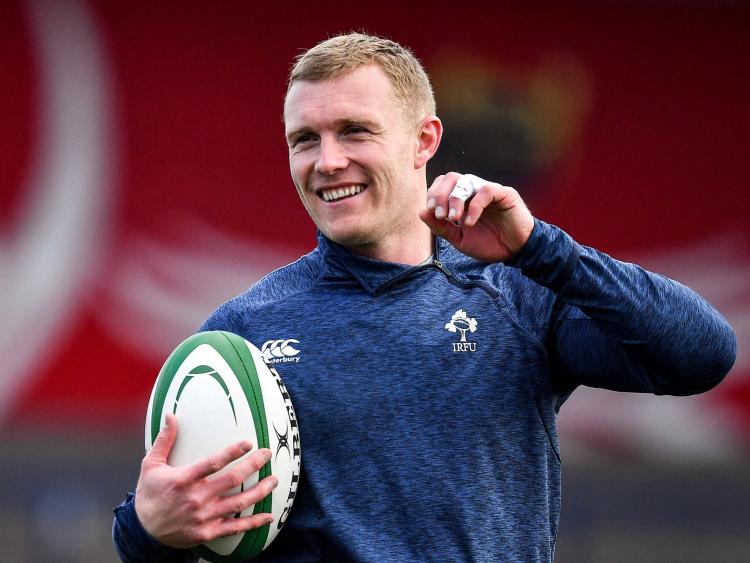 MUNSTER senior coach Stephen Larkham says he has been 'blown away' by how quick and explosive Keith Earls has been in training since his arrival from Australia.

Thirty three-year-old Earls returns to Ireland's starting line-up for this Saturday's Autumn Nations Cup fixture with England having recovered from a back injury.

It will be Limerick man Earls' his first start for Ireland since the 2019 World Cup tomorrow. The winger, who had earned 85 caps for his country, did come off the bench in two of Ireland's Six Nations fixtures last season.

Larkham is backing Earls to make a big impact in the marquee fixture at Twickenham tomorrow.

"Earlsy has worked really hard to get back into that team,” said Larkham.

"It is a massive test obviously, a big challenge for him but I don’t think there is anyone more capable of turning in a good performance.

"Keith is well renowned. When he came over to Australia, people were talking about him – he is known all around the world for being able to play quality rugby not just good rugby. He has been an outstanding player for a very long time.

"He is unbelievably powerful, he blows me away just watching him train, how quick and explosive he is.

“He has got really good skills, that is the biggest thing that surprised me. Yes he plays on the wing but he has the skills of a fifth-eight or a half-back, his kicking, passing and catching, he is an extremely balanced player. I can understand why he has been in the team so long and why he been such a positive performer over these years.”

Larkham is not ruling out the idea of Earls featuring in the 2023 World Cup for Ireland. The winger would be 36 year of age then.

"It is really up to Earlsy whether he wants to do that or not,” Larkham said.

"2023 is still a fair way away right so how he copes with the load of the next few years and whether he still has the motivation.”