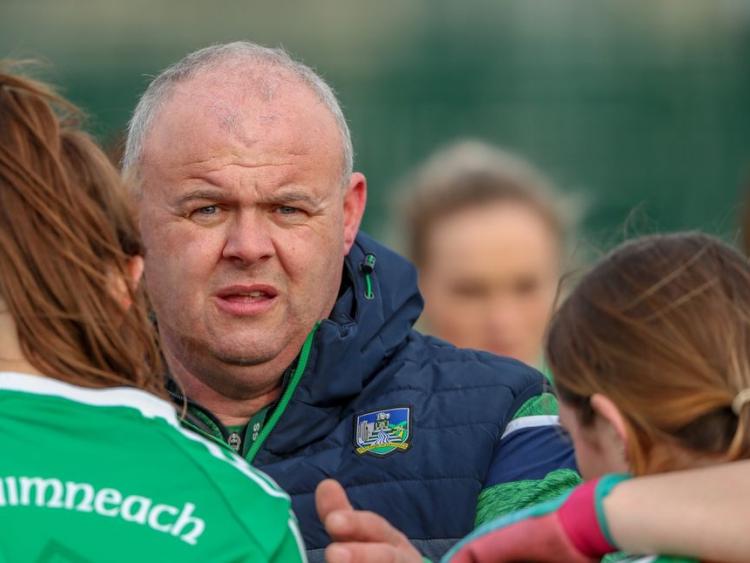 IN his first season at the helm Donal Ryan bids to guide Limerick into an All-Ireland Ladies Football Championship final this Sunday.

Fermanagh stand between Limerick and a Junior Championship final next month.

Victories over Derry and Antrim powered Limerick into the knockout stages.

“There are such a lot of changes this year - so many new faces coming in and we are really building for the future and that was our main aim. We are delighted to get to a semi final - it was of course a target for the team,” said Donal Ryan.

”We have a lot of youth in our side and we didn’t know how they were going to turn up on the day and especially with all the new Covid rules as an extra but we were delighted with them and the result that gave us confidence. If you did lose that first game it would have been hard to go again within seven days, when it would be make or break,” he recalled of the round one win over Derry.

“People were telling me that Antrim were a team to watch - they had 13/14 on their panel from St Pauls who got to an All Ireland club final last year. I know they invested a lot into their underage for the last few years in Antrim so that was a great result for the girls,” he said of the Antrim victory which sealed their unbeaten passage into the last four.

“We will look at it just as another game,” stressed Ryan of the semi final.

"They (Fermanagh) were in the All-Ireland junior final last year - they were a division higher than us in the league. They beat Limerick last year in the league - a game in which Limerick were 10-points ahead at half time but Fermanagh turned them over in the second half. They are not a team to be taken lightly and that’s why we are taking everything one game at a time and simply prepare ourselves as best we can and show up and give everything that we can and then look forward to another game after that hopefully," said the Murroe-Boher clubman.

“We are trying to get it into the girls that these are 70-minute games, I know it’s 60-minutes but with injury time and stoppages you have to be ready for 70-minutes and what we want is to play the first minute the same as we play the last minute. Look at the top teams and they do play that last minute the same as the first minute - we can’t fade away or think the game is over,” he explained.

”The girls have bought into everything. We were training last week and the showers of rain were shocking and there wasn’t one moan, whinge or complain and that’s just one of the positive things I can explain - they are the most grounded bunch of girls. That evening alone told me everything about them,” he praised.

"We are very happy and to be honest even in training for the last two weeks there are girls putting their hand up, which is what we want - we don’t want our starting 15 to become complacent. You want girls pushing them on and that’s what the squad is for."

He added: “We are trying to drive it into them that to get a county jersey is always a huge honour - it’s massive. We want them to appreciate having a county jersey.”