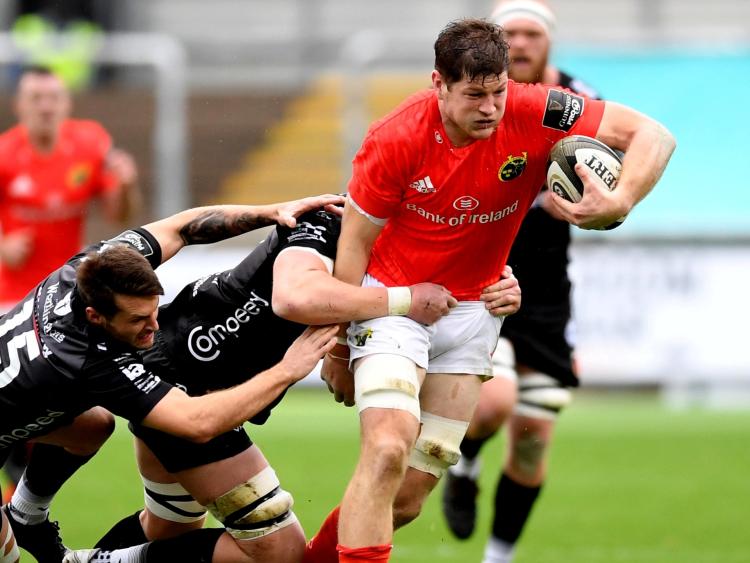 MUNSTER captain Jack O'Donoghue believes the province is building momentum nicely ahead of their two crucial upcoming fixtures in the Heineken Champions Cup next month.

The last time Munster and Harlequins faced off was the 2013 Heineken Cup quarter-final with the Irish province securing a memorable 18-12 victory at the Stoop.

Munster made it five wins from five in the Guinness PRO14 when scoring a comprehensive 38-22 bonus point victory over the Ospreys at Thomond Park yesterday.

Exciting number eight Gavin Coombes was the Munster hero when grabbing a hat-trick of tries. It is just the third time in the history of the PRO14 that a number eight has managed three tries in the same game.

Following yesterday's win, captain for the day, Jack O'Donoghue was pleased with the overall display.

“I think we played quite well in patches. We probably took the foot off the pedal there a little bit towards the end, we have a few work-ons, but certainly we are starting to build momentum from the last five games and I think that is crucial going into Europe in a couple of weeks.”

Munster face Glasgow at Scotstoun on Monday night next, 8.15pm, in Round 7 of this season's Guinness PRO14 competition.