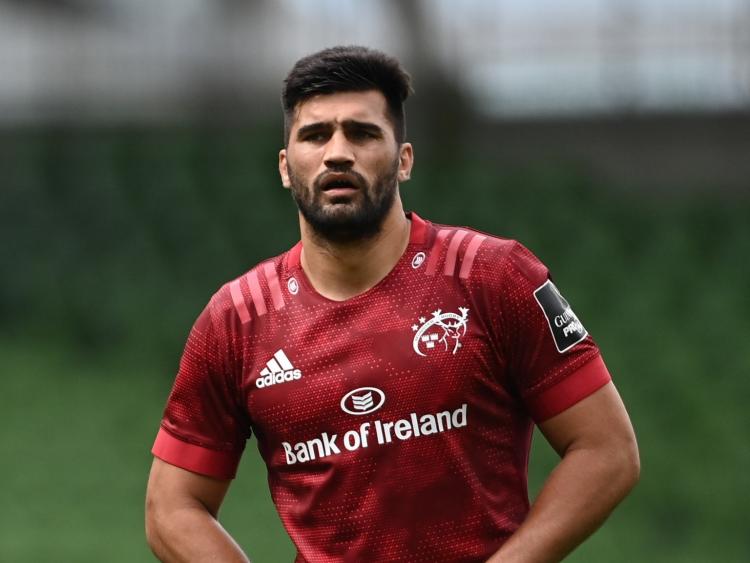 THE Munster side has been named for Sunday’s Round 6 Guinness PRO14 game against Ospreys at Thomond Park (2.45pm,  live on eir Sport, TG4 and S4C).

There are five changes to the side that defeated Dragons at Rodney Parade with the Munster side missing out on Round 5 action due to the game against Benetton being postponed.

Fineen Wycherley takes his place alongside Jean Kleyn in the second row with Tommy O’Donnell coming in at openside as Jack O’Donoghue and Gavin Coombes complete the back row.

O’Donoghue captains the side on his fifth successive start.

The only personnel change to the backline sees Mike Haley start at full-back.  With Haley’s return, Matt Gallagher makes the positional switch to the wing with Darren Sweetnam covering the opposite flank.

It’s as you were for the half back pairing of Craig Casey and JJ Hanrahan with Damian de Allende and Rory Scannell continuing their centre partnership.

Returning from international camp is John Ryan who is named among the replacements, and Dan Goggin is also in line to feature after returning from shoulder injury.

Ahead of kick-off on Sunday both sides will line up for a moment’s silence to mark the recent passing of John O’Neill, RIP.