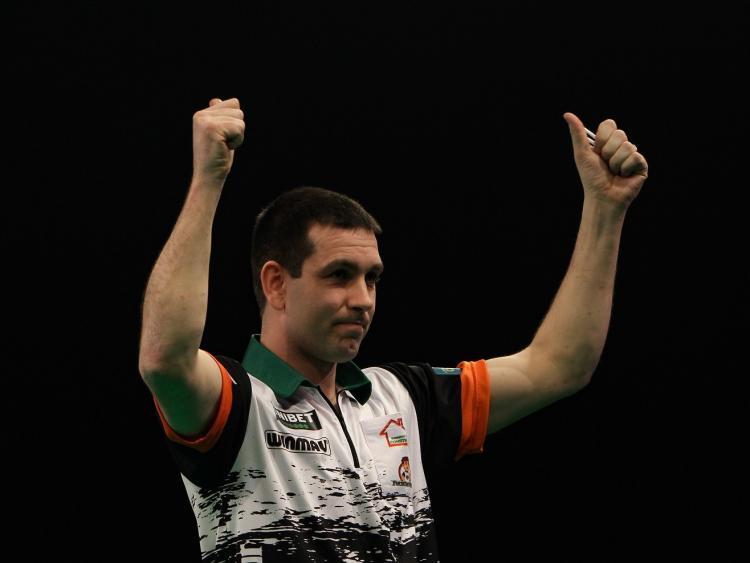 LIMERICK arrowsmith William O'Connor produced a string of excellent displays to reach the semi-finals on Day 3 of the PDC Winter Series in Coventry on Thursday.

Cappamore man O'Connor won his opening five games to advance to the last four stage of the tournament.

The 34-year-old Limerick man began the day by beating James Wilson, of England, 6-3, in the 128-player event to advance to round two.

That high profile success saw O'Connor, nicknamed The Magpie, progress to the last 32 stage where he overcame Martin Kleenmaker, of the Netherlands, 6-4 to book a last 16 spot.

O'Connor's opponent in his fourth match of the day was PDC ranked number 16 player Jonny Clayton. O'Connor, himself ranked number 36 in the PDC rankings, overcame the Welsh man 6-5 in another nail-biter.

Just four remain on Day Three of the Winter Series. Find out who will reach the final on PDCTV. pic.twitter.com/aQkWdMxTwX

That victory saw O'Connor advance to the quarter-finals where he overcame England's Ryan Searle 6-3.

O'Connor prize for that success was a semi-final meeting with Gerwyn Price, of Wales, the world ranked number three player.

Price emerged victorious against the Limerick man on a 7-3 scoreline to reach the final.

O'Connor will take plenty of confidence from his displays on Thursday ahead of the day four action in the PDC Winter Series on Friday.

A total of 128 players are competing across five days in Coventry, with PDC Tour Card holders joined by several Associate Members.

A doubling nightmare in the deciding leg for Clayton and O'Connor but it is the Irishman who gets over the line to progress in Coventry pic.twitter.com/ILgg2nennC

In addition, the winner of the Winter Series Order of Merit – based on prize money won across the five days – will qualify for next week’s Grand Slam of Darts.

All matches up to and including the Quarter-Finals are contested over the best of 11 legs, while Semi-Finals are best of 13 and the final is best of 15.