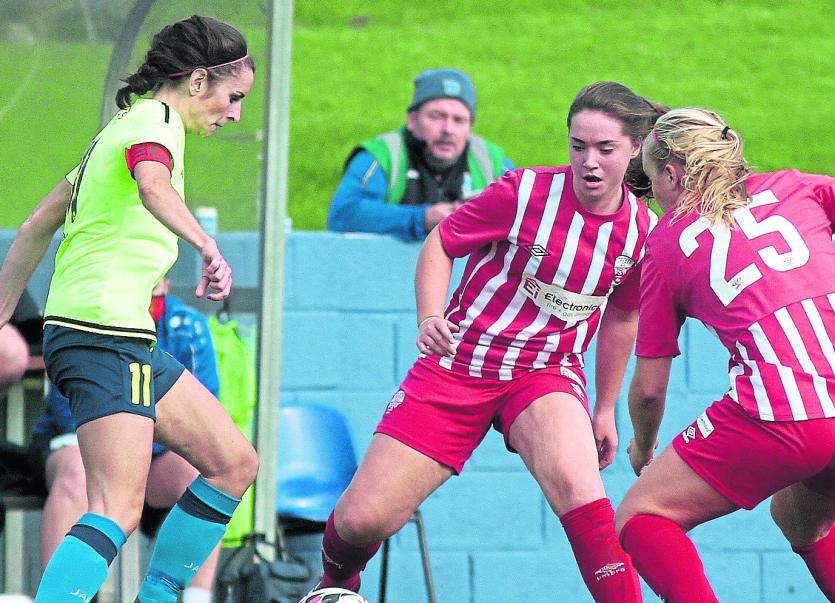 LIMERICK'S Treaty United return to action in the Women's National League at Jackman Park this Saturday.

Dave Rooney's Treaty side are due to face DLR Waves at 2.30pm in the second phase of the Women's National League.

Treaty bowed out of the Women's FAI Senior Cup last weekend after suffering a 2-0 defeat at the hands of Cork City in Bishopstown.

Treaty defeated Saturday's opponents  DLR Waves in the quarter-finals of the FAI Cup.

The Limerick side will be looking to make it back-to-back league wins this weekend as the side defeated Bohemians 5-4 in their most recent Women's National League fixture.

That thrilling victory, in which Gillian Keenan netted twice, while Jenna Slattery, Aoife Horgan and Chloe Connolly were also on target, was Treaty United's 's third league success of the current WNL season.