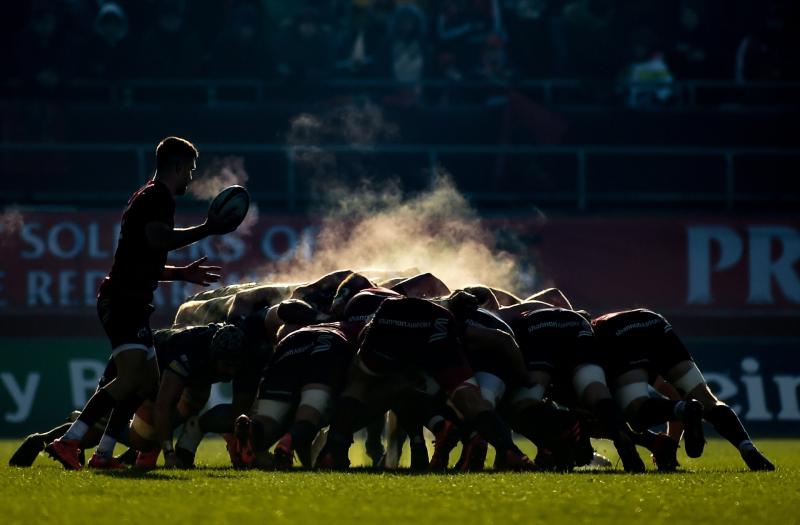 IT was, for many, the fixture which kicked off the busiest weekend of TV sport in living memory.

The meeting of Australia and New Zealand in Bledislose III at ANZ Stadium in Sydney early on Saturday morning Irish time ended in a record 43-5 victory for the All-Blacks.

With two wins and a draw in the four-match series, the victory saw New Zealand retain the Bledisloe Cup.

And the fall-out from the game has continued apace this week.

The loss prompted Wallabies coach Dave Rennie to concede there was a 'gulf' between the performance of both sides.

New Zealand's rugby public love nothing more than to beat the Wallabies. A headline on a column in the sports pages of the New Zealand Herald on Tuesday screamed, 'Give us a reason to believe Wallabies are still worth taking seriously'.

As you can imagine the Wallabies weren't spared in the piece on the back of their poor showing on Saturday.

“The woeful Wallabies have been blasted after an insipid display in the first half of their must-win Bledisloe Cup clash with the All Blacks at ANZ Stadium and the second wasn’t much better.

“The Wallabies conceded four first half tries to be down 26-0 in a defensive display that could only be described as a debacle and their aimless kicking wasn’t much better, eventually going down in a record 43-5 defeat,” one Australian on-line article on the Fox Sports website on the game read.

In fact, it's the biggest margin in the history of Trans-Tasman rugby matches, dating back 117 years and 168 matches to 1903.

An article in the Daily Telegraph included the following passage: “In a year where the world has been turned upside down and the impossible has become the norm – one horrible truth remains unchanged.

“The Wallabies are still no match for the All Blacks when the pressure cooker atmosphere of the Bledisloe Cup gets turned up to full blast. It’s now 18 years in a row that the All Blacks have held the trophy – if anyone’s still keeping count – with no end in sight of when the Wallabies will ever win it back.

“For all the buzz and hype about the next generation of young players that are coming through, Saturday’s 38-point flogging was a humiliating reminder of what happens when you pit boys against men.”

The bad news for the Wallabies and their supporters, of course, is that they are due to face New Zealand for a fourth time in recent weeks next weekend.

The All-Blacks have promised that they are going to make changes to their line-up for the game which in effect, is a 'dead rubber', if any meeting between these two great rivals cane ever be described as such.

Making changes to their starting line-up will allow New Zealand freshen their side up for the remaining two Tri Nations fixtures against Argentina when the All-Blacks will be looking to claim their second trophy of 2020.

Interestingly while the rivalry between the All-Blacks and Australia may be as keen as ever, the two nations look set to come together to form a trans-Tasman Super Rugby competition in 2021.

It was reported in the Sydney Morning Herald this Tuesday that while New Zealand Rugby were initially not interested in any form of trans-Tasman competition in 2021 - citing Covid-19 concerns - but after Rugby Australia agreed to move a Bledisloe Test from December 12 to last saturday, October 31 at New Zealand's request, a concession was made and discussions began.

However, it seems both countries want more than one crossover match.