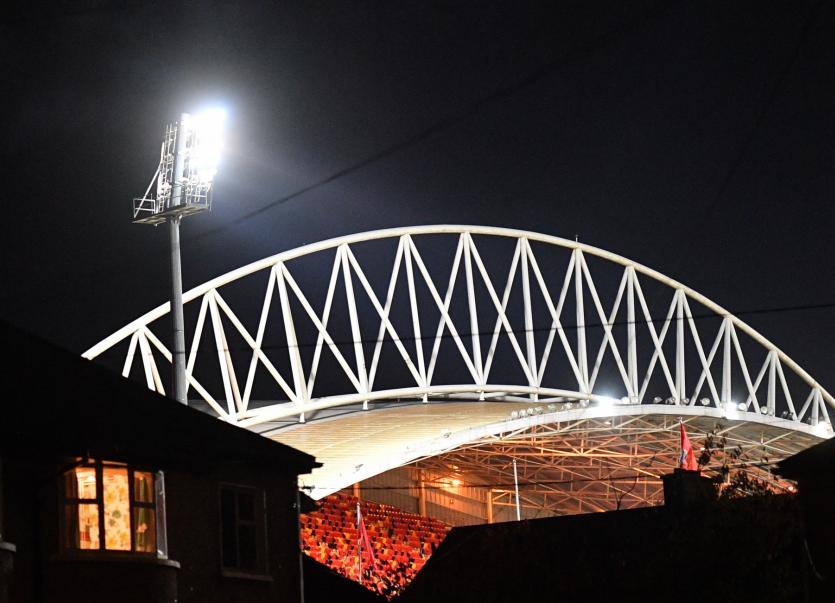 The clock had just struck 10pm on Bank Holiday Monday night when the final whistle sounded on the ground-breaking first ever Monday Night Rugby fixture to be played in the Guinness PRO14.

Thomond Park fell silent, bar the feint sound of Munster players congratulating each other on the pitch in the wake of their 38-27 bonus point win.

The PRO14s historic first ever Monday night fixture produced a smashing game of rugby with the sides racking up eight tries in favourable playing conditions.

The last of Munster's five tries, scored by replacement out-half JJ Hanrahan, after a series of brilliantly executed offloads, was the epitome of what the perfect team score is all about.

However, realistically, it won't be until fans are allowed return to games that we get a clearer indication of how successful the move to Monday night rugby has been.

PRO14 organisers explained that Monday Night Rugby fixtures have been introduced as an 'innovative solution to prevent clashes with international fixtures over the next six rounds'.

By utilising Sundays and Mondays, the PRO14 can ensure fans do not have to choose country over club, allowing teams to have minimum six-day turnarounds between games and providing opportunities for our broadcasters to show games in prime time slots at the start of the week.

Munster will also host Zebre at Thomond Park in a second Monday night fixture on November 30 at 8.15pm.

In total, 14 Monday night fixtures will take place around the league between Rounds 3 and 8.

It is difficult to gauge how popular the Monday night fixture concept is with supporters at a time when games are being played behind-closed-doors due to the pandemic.

When supporters do return to games, the 8.15pm kick-off time means fixtures do not finish until about 10pm which is late for supporters who are travelling any great distance to Thomond Park or Musgrave Park. It is not ideal for schoolchidren, for instance.

You can fully appreciate when sports scheduled on TV are so jam-packed on Saturdays and Sundays that PRO14 organisers are trying to ensure their games have the best opportunity to gain as much profile as possible.

For TV viewers, Monday night fixtures will tend to clash with a Premier League soccer fixture on Sky Sports more often than not.

However, the Monday night soccer offering is not always a marquee fixture, so the PRO14 fixture do have a chance to compete for a healthy share of TV audience.

As a start, last Monday night's game at Thomond Park was a very good advertisement for the Guinness PRO14. Some interesting weeks lie ahead.