Mary's love of running as strong as ever 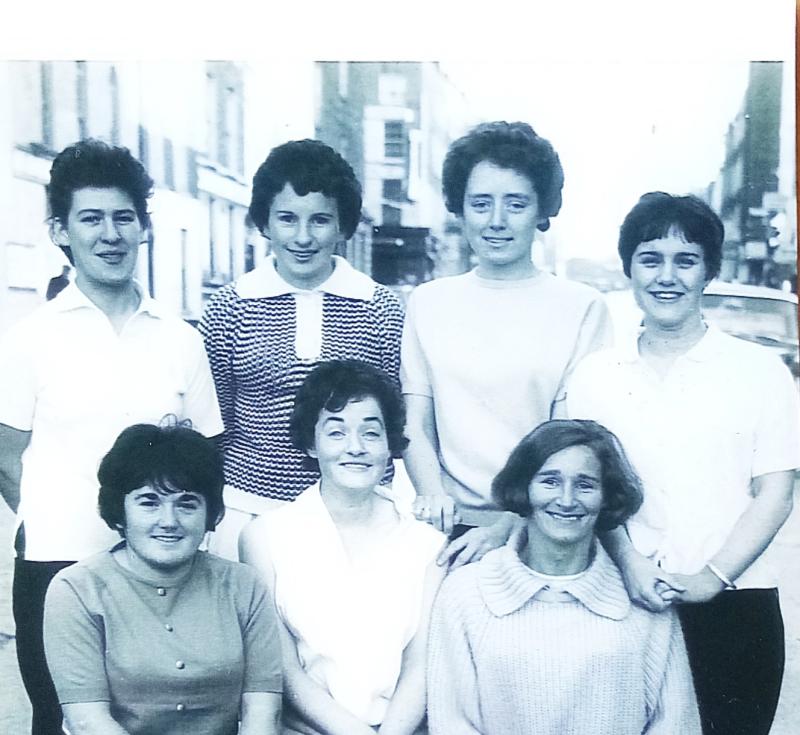 Limerick AC Women’s Team before a 'Round the Houses' race, O'Connell St, in 1965, including Mary Cronin, back left

JOINING Limerick AC in 1962 the club were strong in their backing of the new Women’s section. Society, in previous times, Mary Cronin says did not generally encourage women to be involved in sport.

Limerick AC were pioneers outside the capital in supporting women. Frequently a group would meet at Tommy Cleary’s Barber Shop near the Bus Station and run a 1 or 2 mile loop to Spelliacy’s Pub.

In the 1970’s and '80’s, Limerick AC Women were frequent contenders at provincial and national level.

Mary Cronin finished 4th in the 3000m at the first BLE National Track and Field Championships in Belfield on a grass track in the late 1970’s.

Mary was also Limerick’s first Senior Cross Country Champion however her greatest love has always been for the road.

She speaks particularly fondly of travelling around the Country to the ‘Round the Houses Race Series’, which also took place in Limerick. It would start at the Daniel O’Connell monument on O’Connell St.

She also enjoyed the County Road Championships usually held at Mungret, plus the Country Club 5 Mile on a Wednesday night in the 1980’s and 90’s.

‘Handicap’ races, something we don’t see now, were also great fun. March/April and October were the main months for Road Races.

As a Masters or Veteran athlete, Mary has won the Munster Road Championships and represented Ireland five times, the most recent being 2016 in the 10K.

In comparison to now Mary feels that the club was more important in the past. Athletes she says now tend to run more as individuals.

That there was also greater roadside support from the general public in the past is also her experience. Mary feels that she found solutions to many problems while running, that it helped her manage the ups and downs that life naturally brings.

She quotes the motto of Paul O’Connor, ‘Listen to your body and you’ll know what’s wrong’, as being particularly true for her.

Above all, what echoed throughout our conversation was the sense of camaraderie which Mary has always felt within Limerick AC and the wider athletics community.

She still runs and feels tremendous sense of friendship and belonging. Mary is currently National Chair of the Older Person’s Council.

30 YEARS AGO
JOHNNIE Bolger of Limerick AC won the Dublin City Marathon in a time of 2:17:17.

VIRTUAL RUNS
WELL done to all who took part in #notparkrun and also the virtual Dublin City Marathon. . Times included 2:55 by Paul Fitzgerald, 2:57 by Aaron Gallagher and 2:55 by Tom Shanahan – all Limerick AC. Tom Meany of An Brú finished in 3:50:34.