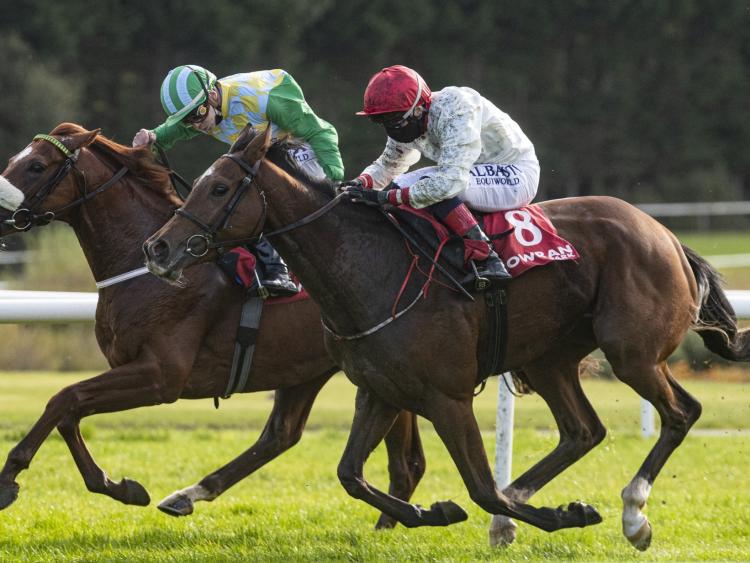 LIMERICK trainer Austin Leahy has his horses in the best of form and the Clogher veteran sent out Drombeg Duke to win the 7f handicap at Gowran Park on Monday last.

Conor Hoban partnered the 9/1 chance which readily beat the John McConnell-trained Kudbegood, an 11/2 shot, by two and a half lengths.

Shanagolden jockey Chris Hayes was first off the mark at Gowran Park on Wednesday where he won the opening division of the 7f median auction maiden with the Fozzy Stack-trained Pita Pinta.

The 40/1 outsider came from well off the pace but ran out a ready winner, getting on top late on to beat 3/1 favourite Let Me Pass by a length and a half.

The in-form Hayes was a winner again at Navan on Thursday where he partnered the Edward Lynam-trained Teddy Boy to a narrow success in the 5f Arkle Bar Handicap.

The 4/1 shot got up close home to score by a neck from the Darren Bunyan-trained Seven Worlds to give the Shanagolden jockey his 39th success of the season.

Owned by the Galway Girl Syndicate and Damian Lavelle, the strong 9/2 chance beat the John McConnell-trained Jack Berry House by half a length to give Harnett his fifth winner of the season.

Jim Bolger landed his first Group 1 success in three years when the Kevin Manning-ridden Mac Swiney saw off 6/4 favourite One Ruler to win the Vertem Futurity Trophy Stakes at odds of 12/1 at Doncaster on Saturday.