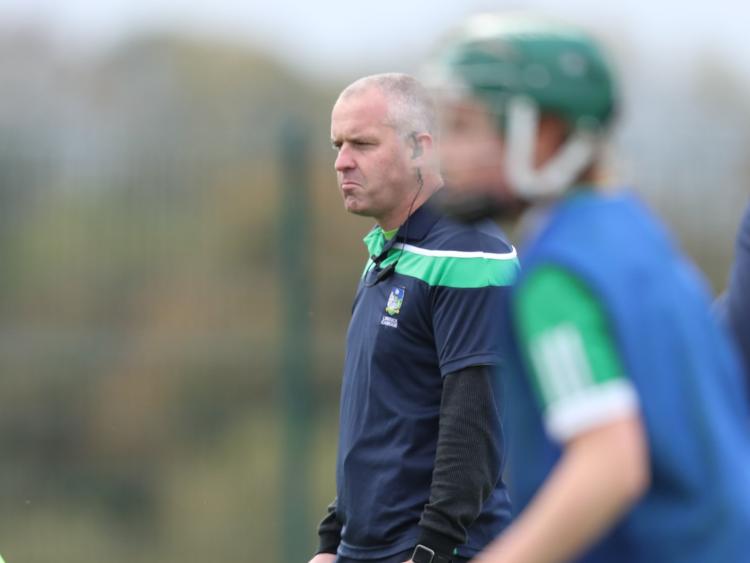 LIMERICK senior camogie manager Paul Sexton insists that his management are not dwelling on the players absent from his inter-county panel.

This Saturday afternoon Limerick suffered a round one defeat to newly promoted Westmeath in the Liberty Insurance All-Ireland Senior Camogie Championship in Bruff.

Limerick must now beat Waterford or Kilkenny if they are to have any chance of progressing beyond the group phase like last season.

"We are talking about players, who are not there - that's their decision. They have decided not to come in. It's not because we haven't gone looking for them or anything like that - we have plenty time and we have gone out looking for players but for one of thing or another and there are genuine reasons for some and unfortunately there are others reasons for others and that's probably got nothing to do with playing camogie and that's what we are trying to instill in this group that we are out here to play camogie and nothing else interferes with that," explained Paul Sexton to media after the 1-12 to 0-12 defeat to Westmeath.

"Anybody who refuses to play for Limerick, it's very hard to keep going back and going back. We have gone plenty times to players and asked them. They have their reasons," he said.

"There is only so many times that you can go to the well to ask them to come in and that's not what we are about because we are focused on this group at the moment - these are the ones that are willing to play for Limerick so we will stick with them," he stressed.

"There is a new crew there."

He explained: "We pulled in a few girls, young players and maybe there are not up to standard yet for senior".

Limerick now face a quick turnaround to play away to Waterford next Sunday, October 25 - Waterford were beaten by Kilkenny this afternoon.

"That's a do-or-die game and those games are often better because you have to go in and you know that you have to get your two points," said Sexton, who is in his first year as Limerick manager.

"The girls will have to respond. We will get back to training on Tuesday night and go from there."

"We were very slow for the first 10-minutes. We let Westmeath dictate the game and that's what we didn't want to do - we wanted to dictate the game but in fairness to Westmeath we knew they were a good strong team that has been together for a good while and they deserved it, it's as simple as that."

He added: "They deserved it on the day, they were the much hungrier team".

Limerick found some form before half time to leave it 1-7 to 0-6 at the break.

"At the start of the second half we had three or four runs in a row and cut through the Westmeath defence but took the foot off the pedal again when we probably should have kept the same game style going at that stage. You have to give credit to Westmeath, they did hold it up and they got players back and got control of the game again and got the crucial scores just before the water break," recalled Sexton of the Westmeath lead of 1-11 to 0-7 at the second half water break.

"We got a good few debutantes today in championship for Limerick camogie and that's good for them - a good few 17, 18, 19 year old there getting game-time," said the manager, who has Paudie Malone and Colin Cummins as coach-selectors and John Blackwell as strength and conditioning coach.