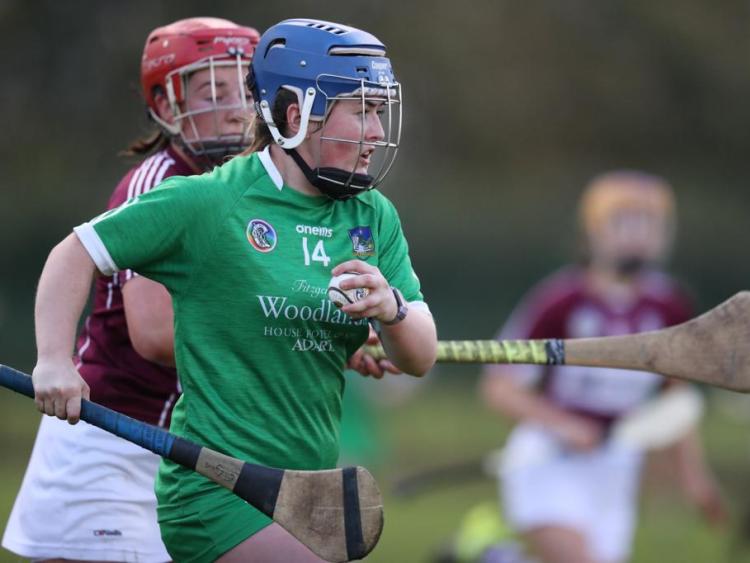 LIMERICK suffered a round one defeat in the Liberty Insurance All-Ireland Senior Camogie Championship this Saturday.

Westmeath in their first ever senior championship game were worthy 1-12 to 0-12 winners in Bruff.

Promoted up senior after their intermediate title success last season Westmeath led from start to finish. The side in maroon had seven different scorers while Limerick's tally of 12-points included just five points from play.

The Paul Sexton managed Limerick must now regroup to play Waterford next - The Decies lost to Kilkenny 0-15 to 0-8 this afternoon. The top two from the group of four will advance to the knockout stages but the Limerick-Waterford tie is must win for both.

In this Saturday's round one game, Westmeath raced from the blocks to lead 0-5 to 0-1 inside 10-minutes.

Limerick only had two pointed frees from Caoimhe Costelloe in the opening quarter and trailed 0-5 to 0-2 at the first half water break.

On the resumption Westmeath again started the better and a Denise McGrath goal had them 1-7 to 0-2 clear and 24-minutes played.

Limerick did respond through and were to score the final four points of the opening half. The first Limerick score from play came in the 25th minute from Orlaith Kelleher.

Costelloe had a point from play in between two pointed frees to leave the half time scores 1-7 to 0-6.

Westmeath were 1-11 to 0-7 ahead at the second half water break.

Credit Limerick they did battle to the end and outscored the visitors 0-5 to 0-1 in the fourth quarter.

The best chance of Limerick snatching a dramatic victory came when Judith Mulcahy broke through the middle but her drive was saved by Fiona Keating in the Westmeath goal.

Limerick reached the All-Ireland championship quarter final against Tipperary last season - a first break through to the knockout stages in 15 years. But nine players that saw action in that Thurles quarter final are not involved in the panel of 26 at present for varying reasons - Niamh Mulcahy, Sarah Carey, Rebecca Delee, Karen O'Leary, Deborah Murphy, Laura Stack, Roisin Ambrose, Lisa Leonard and Katie Hennessy.