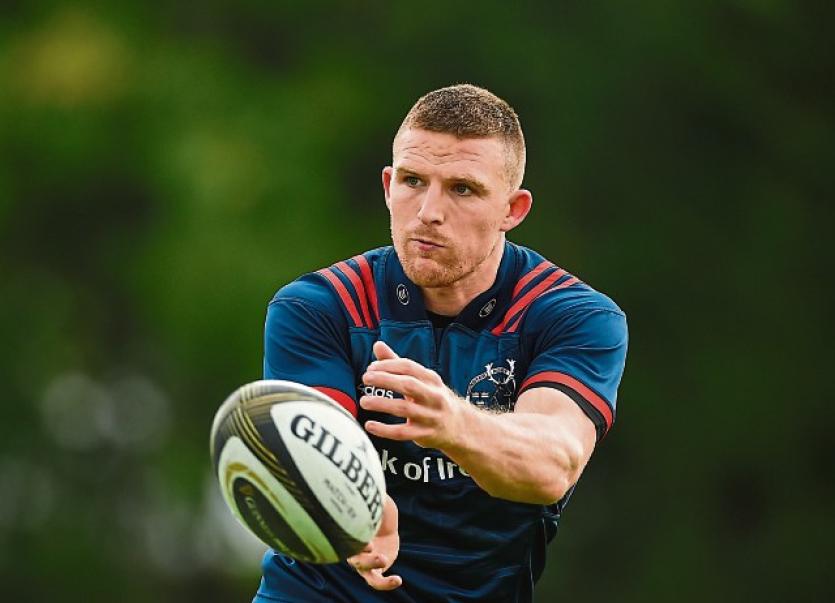 MUNSTER winger Andrew Conway has scooped the Try of the Year accolade at the 2020 Zurich Irish Rugby Players’ Awards 2020.

Conway's five-pointer in Munster's Heineken Champions Cup clash with Ospreys at the Liberty Stadium beat off stiff competition to win the accolade.

The other tries short-listed for the award were John Cooney's touchdown for Ulster against Clermont Auvergne also in the 2019/2020 Heineken Cup group stages and Robin Copeland's try against Gloucester also in Europe's premier club rugby competition.

Conway was also among the nominees for the Players’ Player of the Year Award at the awards ceremony.

Conway, John Cooney, James Lowe and Garry Ringrose are amongst the nominees for the top award.

Conway enjoyed one of his best campaigns for both club and country, becoming established as a frontline player for Ireland following the Rugby World Cup in Japan.

Andrew Conway races home with this effort against the Ospreys!#RugbyAwards20 pic.twitter.com/Ls5ULzkg1I