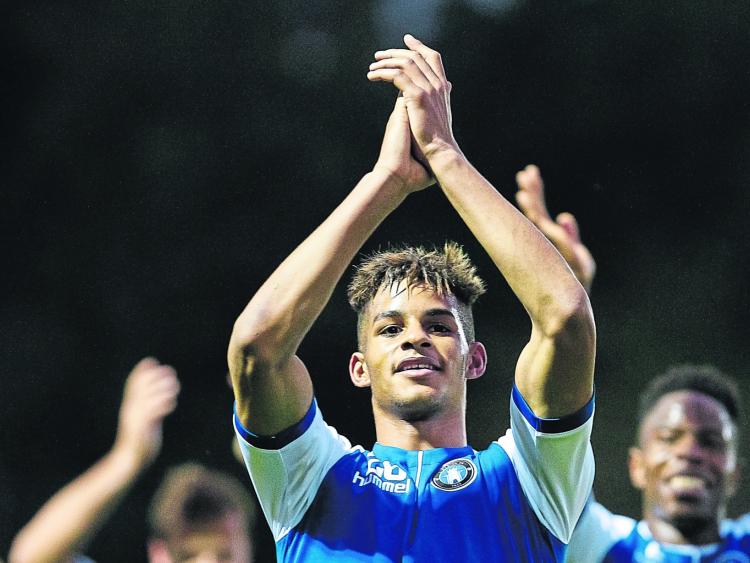 Twenty one-year-old Cotter joins Chelmsford from Ipswich Town until January 2 and he went straight into their squad for today's trip to Eastbourne Borough.

Former Rep of Ireland U19 international Cotter played 11 first-team games for Limerick FC in the SSE Airtricity League in 2017.

The Ennis native signed for Ipswich in 2018 and has made four appearances for the Tractor Boys in the EFL Championship and Emirates FA Cup.

Cotter also played for Chelmsford on loan in the 2019-20 season making three appearances for the Clarets and impressed with his pace and dynamic runs from defence.

Chelmsford boss Robbie Simpson told the club website: “With Elliot Omozusi out most likely for the season I felt the need to bolster our full back options.

"We’ve been trying for a while to find the right loan signing and out of the blue Barry messaged me saying he had just been made available for loan and that he would love to come back to Chelmsford. Immediately I thought it was a no brainer!

"He was exceptional in his short loan spell with us last year. I played centre back alongside him so I saw up close what a good all round player he is. It’ll certainly be exciting to see him in a Clarets shirt again!”

Cotter said: "I’m at the point of my career where I want to be playing men’s football as I’ve been in the Under 23s at Ipswich and I want to get used to playing first team football regularly.

"I also know Robbie from the last time I was at Chelmsford and I always admired his vision and his future plans for the team and that is what brought me back to the club.

"My first loan here really helped me as I was able to play some minutes in men’s football. Paul Lambert at Ipswich then called me up to play in a couple of cup games including making my FA Cup debut.

"Hopefully after this loan I can have the same result and go back to Ipswich in the first team."