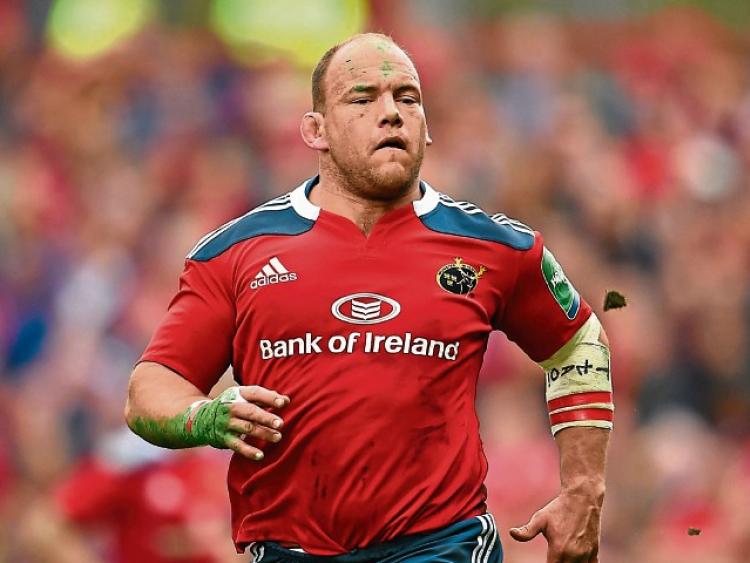 Former Munster prop BJ Botha, a key member of UL-Bohemian's coaching team this season, is an ambassador for Epilepsy Ireland

LIMERICK based rugby club, UL-Bohemian, have issued a rallying call asking the wider Munster community to get behind their fundraising efforts for Epilepsy Ireland during Rose Week.

The senior men’s team at UL-Bohs have decided that they will do 40,000 press-ups in recognition of the 40,000 people living with epilepsy in Ireland today – and in order to raise funds for Ireland’s only epilepsy charity, Epilepsy Ireland, during what is their national fundraising week – Rose Week.

Each player & member of the coaching staff has been tasked with completing 115 press-ups per day for the duration of Rose Week - which is currently underway having begun on Monday.

Various members of the club – including players & staff – have personal connections with epilepsy; none more so than forward’s coach and former Munster player, BJ Botha, whose son Owen has a rare form of epilepsy.

Speaking about why the club decided to undertake the monumental challenge, BJ commented, “Epilepsy is a very common condition across Ireland and one that I have personal experience of through my son.

"From this, I know how complex epilepsy can be and how the wider public can sometimes have misconceptions surrounding epilepsy – be it what to do in the event of a seizure or the capabilities of a person with epilepsy.

"Epilepsy Ireland aim to educate the public about the condition to overcome these misconceptions while also providing vital supports to people living with epilepsy and families like mine across the country.

"With it being Rose Week this week, and given the significant impact the pandemic has had on Epilepsy Ireland’s ability to fundraise for their vital services, the club wanted to come together and see what we could do as a team to support their work.

The idea the team settled on was 40,000 press-ups for the 40,000 people living with epilepsy in Ireland today.”

Cathal Sheridan, director of Rugby at UL Bohs added, “We are delighted to be undertaking this challenge for Epilepsy Ireland. With members of the club, like BJ, having personal connections with this very common but often misunderstood condition, this is a great way of raising awareness of the work Epilepsy Ireland do and to raise some funds for their work in a COVID-19 environment.

"There’s already a nice bit of competition kicking in between the players & management. I would always back our players, but considering the upper strength and endurance of the management team, they will really have to up their game in these next few days to stay in the hunt!

"There has already been one or two steward’s inquiries into the push up form shown by one or two of the more “experienced” members of the group. No doubt we’ll stamp that out before the end of the week!

"All that being said, I’m confident that this group of lads will smash the challenge and we’d appeal to the wider Munster Rugby community to put club rivalries aside and to please support our efforts for a wonderful organisation.

We have a dedicated Gofundme page set up which is accessible from the club’s Facebook, Twitter and Instagram and also on Epilepsy Ireland’s website. Every donation, no matter the size, will help Epilepsy Ireland continue their work towards a society where no person’s life is limited by epilepsy.”