Limerick's Treaty United engaged on the double this Saturday 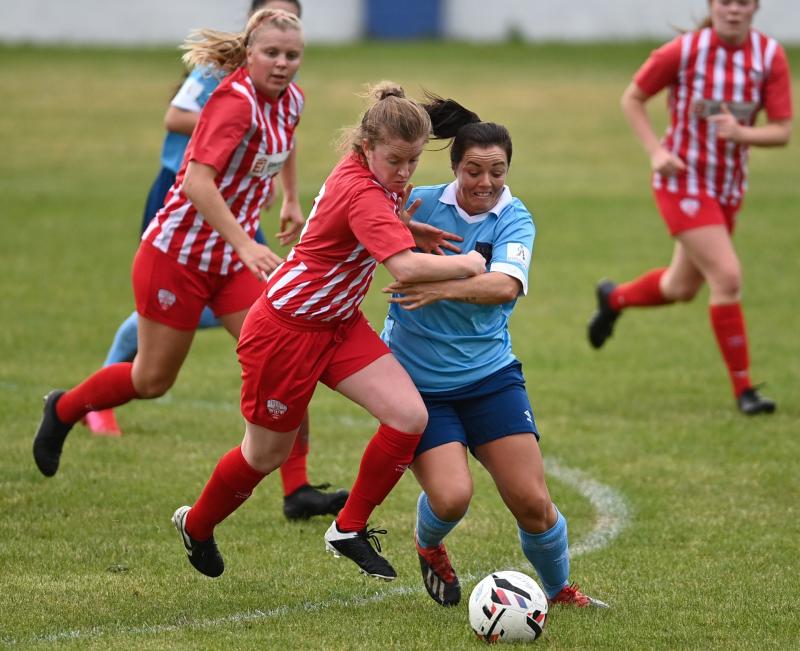 LIMERICK'S Treaty United will play in Group 2 for the second phase of the Women's National League season which is due to commence this weekend.

Group 2, for sides who sit in the bottom half of the Women's National League table after the completion of the first phase, also contains Athlone Town, Bohemians and DLR Waves.

A youthful Treaty United side completed their first phase fixtures on Saturday when suffering a comprehensive 7-0 defeat to an impressive Shelbourne side at Jackman Park.

Treaty United are now due to face Athlone Town in the opening fixture in the second phase of the WNL at Jackman Park on Saturday next, October 17 at 2.30pm.

The Shannonsiders second fixture in the second phase of the league will be an away date with Bohemians on Saturday, October 31.

Treaty will then host DLS Waves in the Women's National League on November 14.

Treaty United manager Dave Rooney is hoping his side can win the bottom section of the league. “The target at the start of the year was always to win that bottom section.

"I would have thought the league was going to split into top four and bottom five.

“When the league switched to a top five and bottom four, we said, let's try and have a go at securing that fifth place. It didn't work out that way. Cork picked up that spot.

"If you had said to me at the start of the league that you are going to be 'best of the rest' as such I would have taken that along with a semi-final of the FAI Cup along with a shot of making a Cup final as well, for me it has been positive and for a lot of these young girls as well, it is another year playing at this level. We're just going to get better and better every year.”

The final series of games in this phase will take place in the first week of December.

Meanwhile, Treaty United's U17s are due to face Galway United on Saturday at Eamonn Deacy Park at 2pm.

Treaty suffered a frustrating 3-2 defeat to Carlow-Kilkenny in their latest Women's National League U17 fixture on Saturday.