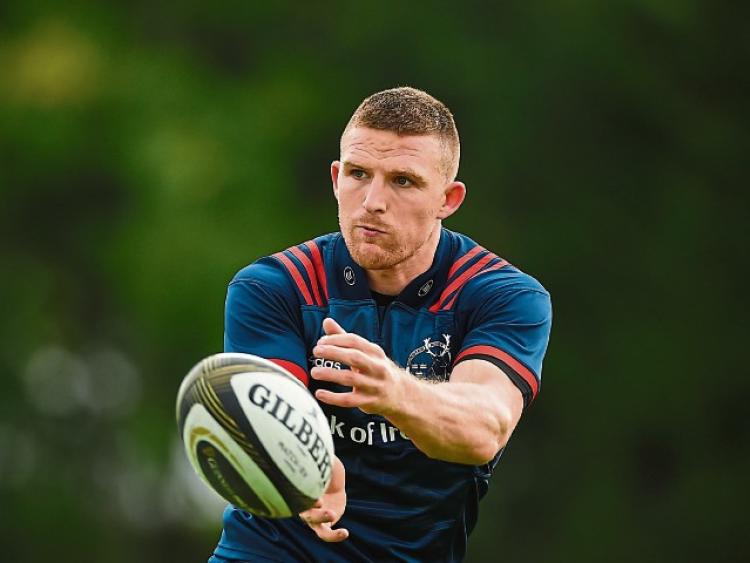 MUNSTER'S Andrew Conway, Shane Daly, Louise Galvin, Billy Holland and Amee-Leigh Murphy Crowe are all in the running for accolades at the 2020 Irish Rugby Players awards.

The award winners will be announced on Saturday, October 17.

Conway, John Cooney, James Lowe and Garry Ringrose are amongst the nominees for the much sought-after Players’ Player of the Year Award.

Conway enjoyed one of his best campaigns for both club and country, becoming established as a frontline player for Ireland following the Rugby World Cup in Japan.

Shane Daly is nominated for the Nevin Spence Young Player of the Year Award along with Caelan Doris and Ryan Baird.

The retiring Louise Galvin is joined on the shortlist for Women’s 7s Player of the Year by Kathy Baker and Amee-Leigh Murphy Crowe, who has won the award on three previous occasions.

Top try scorer on the Men’s World Series in Ireland’s debut campaign, Jordan Conroy is in contention for the Men’s 7s Player of the Year award alongside last year’s winner Terry Kennedy and Harry McNulty.

Player of the Year nominees Conway and Cooney will also contest the Try of the Year award. Conway’s pace at the Ospreys in the Champions Cup and Cooney’s individual brilliance at home to Clermont in the same competition are joined by Robin Copeland’s last-ditch effort against Gloucester.

The influence of Irish rugby players on society has never been more keenly felt than throughout the past year.

Many have made significant contributions, especially in highlighting the needs of charities at the height of the Covid-19 pandemic.

The Zurich Contribution to Society Award recognises those who have gone above and beyond the call of duty to bring about impactful change. Nominees this year include Ultan Dillane, Billy Holland and Andrew Porter.