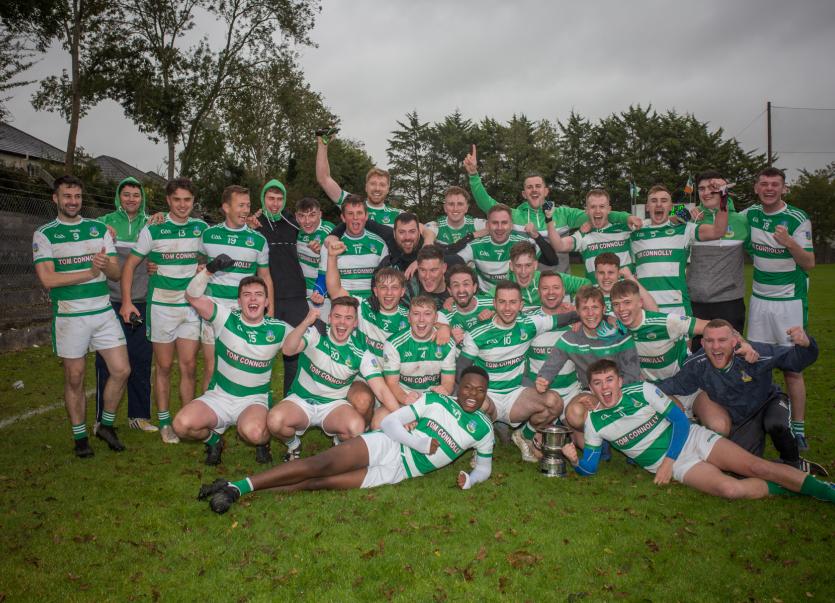 CLAUGHAUN are back in the Limerick senior football ranks for the first time since 2010.

The 14-time senior champions defeated Gerald Griffins 0-10 to 0-7 in the county intermediate football final this Sunday in Newcastle West.

The foundation for victory came in the opening half.

It was an opening half when all scores came from play - Gerard Stack with two for Gerald Griffins.

Beaten in this final after a replay last year, Gerald Griffins battled back in the second half.

Paul Brouder cut the deficit on the resumption but points from Bateman (free) and Eoin Murphy had the city men 0-8 to 0-4 ahead at the second half water break.

Padraig O'Reilly extended the lead before Colm McSweeney and Tommy Griffin points for Gerald Griffins had just a goal between the teams inside the final five minutes.

Batemen's fourth point from play steadied Claughaun nerves and while Paul Brouder had his second point for the Loughill-Ballyhahill side, there was no late dramatic goal to force extra time.