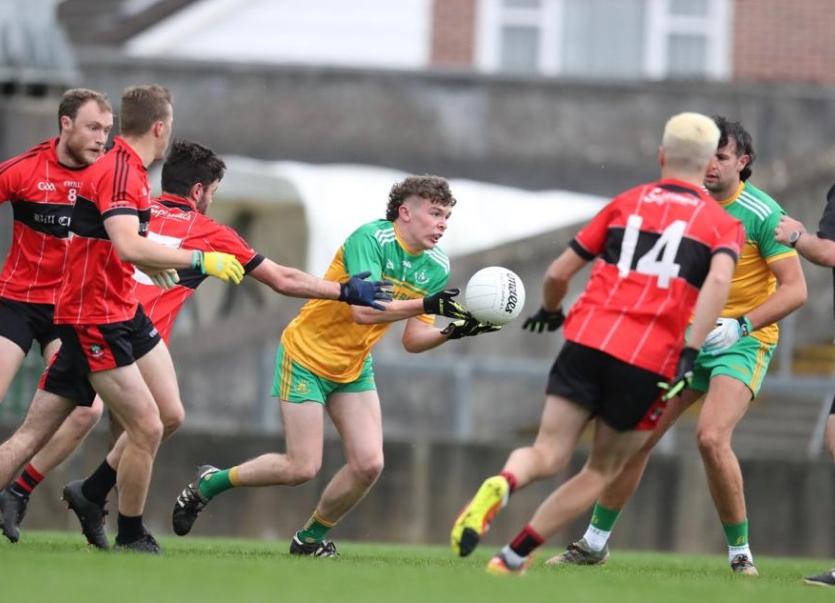 CLINICAL Adare secured their third Irish Wire Products county Limerick senior football title in four years after recording an emphatic 4-7 to 0-4 victory over Ballylanders in the decider played at the LIT Gaelic Grounds on Sunday.

Adare, who last held the title in 2018, laid the foundation for this 15-point success in the opening half after which they enjoyed a significant 2-3 to 0-1 advantage.

The West Limerick side bossed long stages of the contest, playing controlled, assured football and succeeding in converting the majority of the chances that came their way into scores.

Both sides adopted a cautious approach early on, getting lots of bodies behind the ball. Backed by the strong breeze, Ballylanders kicked two early wides, while Adare threatened a goal when Robbie Bourke and Mikey Lyons combined to create an opening for the hard-working Ronan Connolly to have a shot on goal. However, Bally' keeper Declan O'Connor smothered the effort.

O'Connor was powerless to do anything in the sixth minute when Mikey Lyons set up Hugh Bourke who flashed a terrific effort on the fly high into the corner of the net to give Adare a dream start.

Bally' enjoyed plenty of possession in that opening quarter, but their neat approach play was undone by a lack of composure in the scoring zone. The South Limerick side kicked four wides in the opening 11 minutes.

Bally' finally found their range in the 13th minute when captain Jimmy Barry Murphy curled a fine effort over the bar with his trusty left foot.

A pointed free in the 15th minute from Hugh Bourke had Adare 1-1 to 0-1 to the good at the water break.

Adare looked all set to increase their advantage in the 17th minute when Davy Lyons was put through. However, the advancing Declain O'Connor parried his attempt for goal onto an upright and the danger was eventually cleared.

Shotstopper O'Connor also did well to deny full-forward Shane O'Connor from scoring a second goal for Adare, before Mark Connolly knocked the rebound over the bar

A fisted effort from Davy Lyons in the 26th minute increased Adare's advantage to five points, 1-3 to 0-1.

Adare then struck for their second goal a minute before half time when full-forward O'Connor goaled from a penalty award. The Adare lead was now out to eight points, 2-3 to 0-1.

The West Limerick side maintained their eight-point advantage until the change of ends with Paul Maher a dominant force around the middle third.

The quick start to the second half Bally' craved didn't materialise as Adare moved further clear with points from Hugh Bourke, free, and Mark Connolly.

To their credit, Ballylanders showed admirable resolve and hit back with two points of their own from a James Barry Murphy free and a smashing effort from play from Danny Frewen in the 40th minute to leave the score at 2-5 to 0-3.

Robbie Bourke, free, and James Barry Murphy traded points as Adare held a 2-6 to 0-4 lead at the water break mid-way through the second half.

Trailing by eight points, Bally' were now forced to chase goals during the final quarter. However, Adare remained resolute in defence.

And in attack, Adare drove their superiority home on the scoreboard adding two further late goals from Hugh Bourke, his second of the game, and substitute Roy Gleeson, who was on the pitch less than a minute when he found the net.

It was fitting that the excellent Ronan Connolly should have the final say in the final when landing the final score of the game in added time. 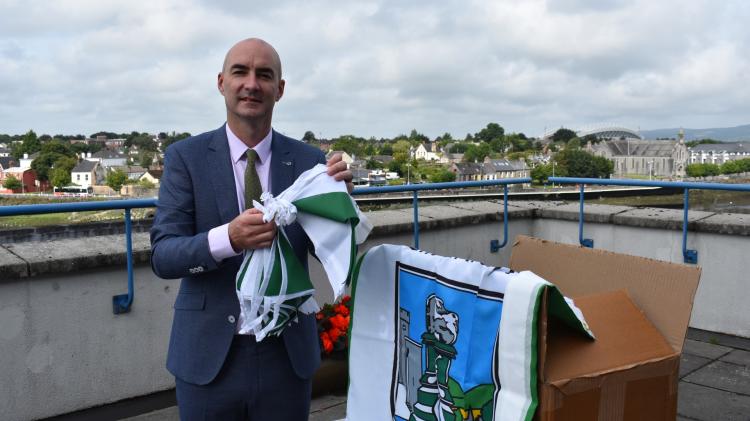 More than 1,000 people received a Covid-19 vaccine at the walk-in centre across the weekend