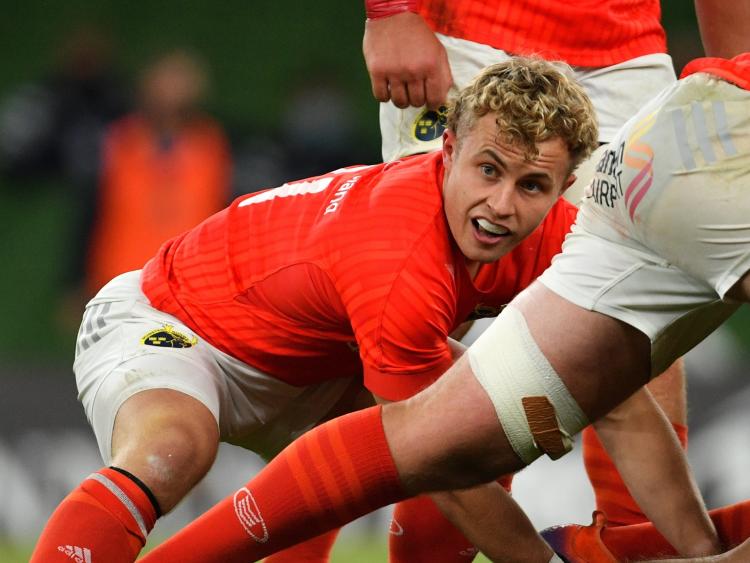 THE Munster side has been named for Saturday’s Guinness PRO14 opener against Scarlets in Wales (3pm, live on eir Sport, TG4 & Premier Sports).

In the back three, full-back Mike Haley and Darren Sweetnam make their first PRO14 appearances since February with Andrew Conway starting on the right wing.

Damian de Allende and Chris Farrell form the centre partnership with Craig Casey and JJ Hanrahan in the half-backs.

James Cronin, Rhys Marshall and John Ryan pack down in the front row with Jean Kleyn and Tadhg Beirne, who faces his former side for the first time, in the second row.

The Munster squad will be wearing our new adidas Alternate kit for the first time, available exclusively for pre-order at Life Style Sports here.