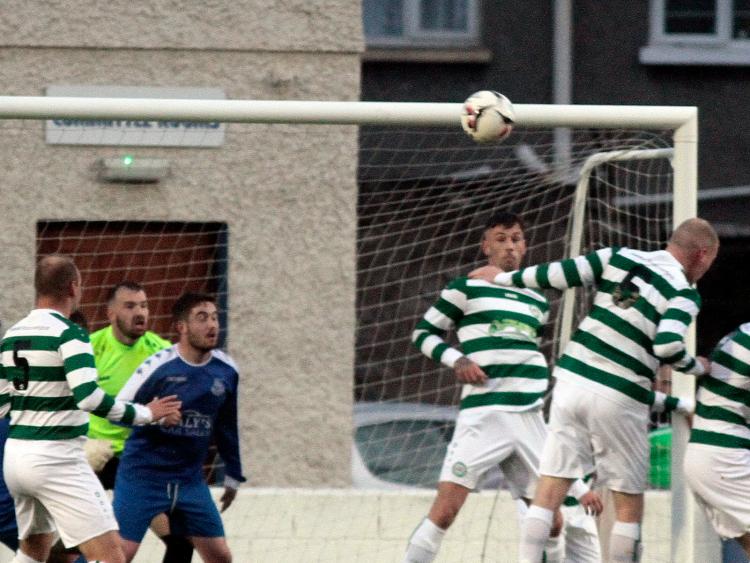 PIKE Rvs qualified for the quarter-finals of the Premier League’s Tuohy Cup by virtue of a hard earned win over rivals Ballynanty Rvs at Jackman Park on Thursday evening.

The Hoop’s gained some revenge for the League defeat at the hands of the same opposition a couple of weeks back but they had to grind out the win against a Balla XI that showed seven changes from the side that drew with Aisling on Sunday.

Conor Kavanagh scored the only goal of the game from a penalty kick in the first period of extra time.
Balla were the livelier side in a first half that hardly tested either keeper but Pike improved significantly in the second half.

Pike had Gary Neville to thank for keeping their goal intact when he made a point blank save to deny Pat Whelan.

At the other end Steven McGann was very unlucky with an effort that struck the upright.

Pike introduced new signing Conor Layng and Balla sprung John Connery from the bench and both impressed with power and pace.

Extra time followed and a foul on Layng presented Pike with a spot kick which was expertly converted by Conor Kavanagh.

Balla battled gamely for an equaliser but an experienced Pike XI saw out the game.

Pike will meet Aisling in the next round.