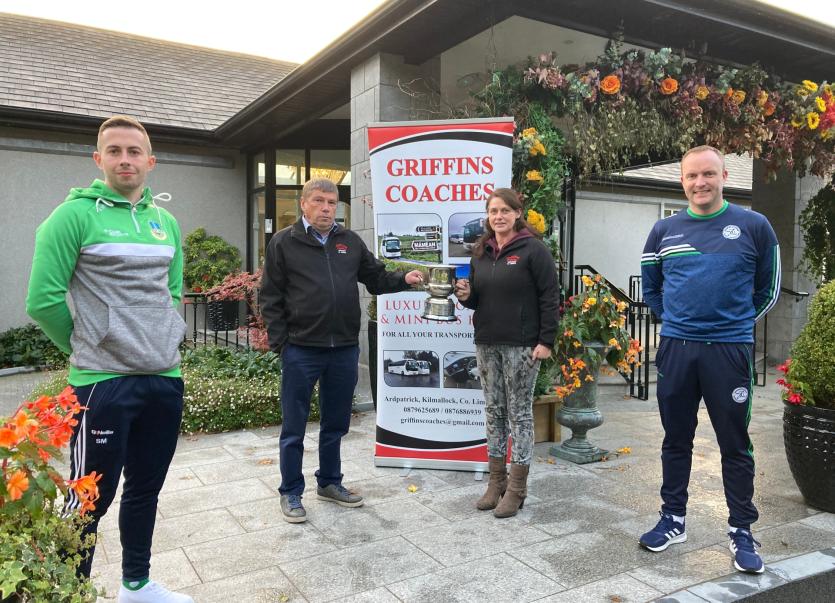 The eagerly awaited final has a 4pm start with the winner promoted back into the senior football ranks.

It's 2004 since Gerald Griffins were last senior and 2010 since Claughaun were in the SFC grade.

This Sunday, Claughaun will play in their first IFC final since 2015 (lost to Oola) and prior to that the Childers Road side lost to Pallasgreen in 2012.

Sunday's opponents Gerald Griffins were beaten in this final last year after a replay by Galtee Gaels.

Claughaun and Gerald Griffins met in the semi final last year with the Estuary men winning. Their previous meeting was in the 2014 Limerick IFC relegation final, which the city side won to send Gerald Griffins down to the junior ranks.

Gerald Griffins won the junior title in 2016 and are now chasing a second promotion in five years. In four years in the intermediate ranks, the Estuary club have played 26 games - losing just six times and that includes a final and two semi finals.

The Loughill-Ballyahill side arrive into this final with a 100% record - beating Pallasgreen, St Patricks, Rathkeale and Mungret. The men in green and white have scored 4-58 and conceded 3-19.

Claughaun drew with Mountcollins and then beat Rathkeale and St Patricks and St Senans. The Hoops have scored 6-39 and conceded 5-33.

With James O'Leary and Tom McGarry in their management, the city side will look to Jamie and Kyrin McGarry, Craig Carew, Alex Kiely, Cian Byrnes and Eoin Murphy.

It's 2000 since Gerald Griffins won their only Limrick IFC title - in the 19 years that have passed 14 different clubs have won the title with two wins each for Adare, Athea, Galbally, Pallasgreen and St Senans.

Claughaun have never won the intermediate football title but have 14 county senior titles - the last in 1996.