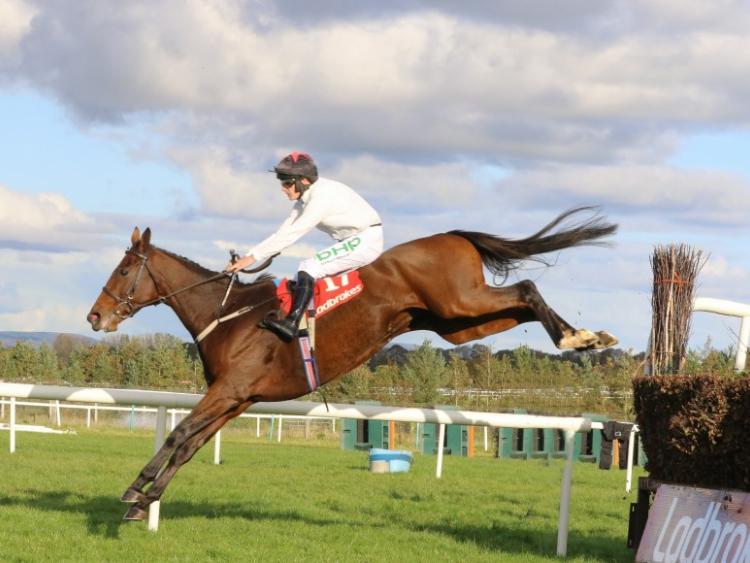 THE Willie Mullins-trained Cabaret Queen and Denis Hogan’s Moyhenna served up a thriller at the Listowel festival and the pair may well clash again in the JT McNamara Ladbrokes Munster National Handicap Chase on Sunday week, October 11.

They were separated by a nose in the Kerry National last Wednesday with Mullins’ mare just getting the verdict, and now head an entry of 41 horses for Limerick racecourse’s annual handicap chase highlight.

She is one of four entries for the champion trainer who can also call upon Robin Des Foret and Blazer, sixth and seventh respectively behind Cabaret Queen and Moyhenna at Listowel, and Easy Game.

The Charles Byrnes-trained Doctor Duffy and Edward O’Grady’s The West’s Awake are also out for revenge. They finished third and fourth in the Kerry National and in all, 14 horses that ran in that race are entered at Limerick.

Gordon Elliott has made six entries with Alpha Des Obeaux, runner-up to Total Recall in 2017 and fifth behind Spider Web the following year topping the early weights.

Westerner Point, twice a winner of the Tim Duggan Memorial Handicap Chase at Limerick’s Christmas Festival, is a notable entry for trainer Eoghan O’Grady as is Henry De Bromhead’s Minella Times, another to win at the Listowel festival last week.

Limerick Racecourse General Manager, Patrick O’Callaghan, commented: “We are delighted with the calibre of entries for the JT McNamara Ladbrokes Munster National. It is great to see last year’s winner Cabaret Queen entered again after her victory in the Guinness Kerry National.

“There are a lot of yards represented including local trainers Eric McNamara who has entered Black Scorpion, Gwencily Berbas and Internal Transfer and Charles Byrnes' Doctor Duffy.

"It's great to see a number of horses rated over 150 entered including Alpha Des Obeaux, Easy Game, Mortal and Ravenhill. Ladbrokes have been sponsors of this race for the last 13 years and I would like to thank them for their continued support.”