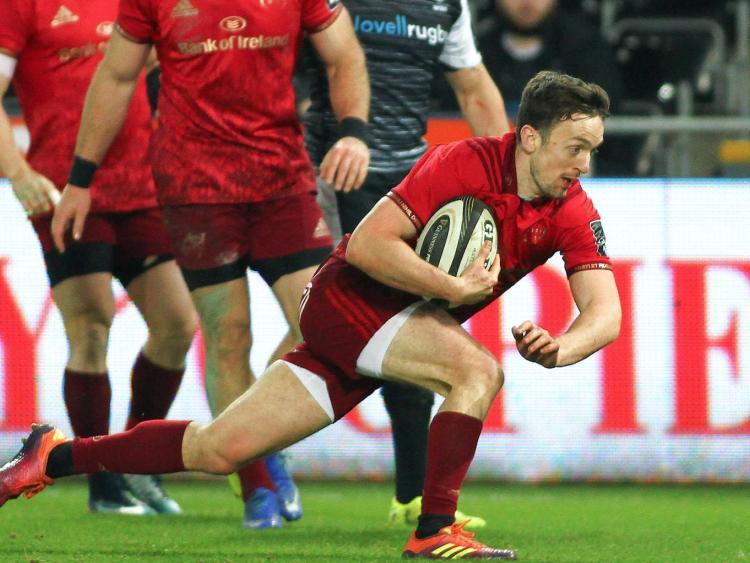 MUNSTER A racked up six tries in easing past the Connacht Eagles 40-12 in their interprovincial fixture played at Thomond Park on Saturday afternoon.

Both sides used the ‘A’ Interprovincial fixture as an opportunity for players to secure game time ahead of next weekend's start of the new Guinness Pro14 season.

This was the first game Munster played at the Limerick venue since the Guinness PRO14 encounter against Scarlets seven months ago on, February 29.

In adherence with government measures 200 supporters attended the game with Munster Rugby Supporters Club members and 10 Year Ticket holders offered the opportunity to enter a draw for free entry.

As expected with extended squads, wholesale changes were made during the encounter with Munster A starting the second half with a different XV.

Munster A led 26-5 at the interval with the home side scoring four tries in the opening half thanks to Rory Scannell, Rhys Marshall, Gavin Coombes and James Cronin.

Academy out half Ben Healy converted three of the tries. Connacht Eagles' only score came from a Jack Carty try, with the number 10 off target with his own conversion attempt. Early in the second half the visitors were first to strike with Finlay Bealham scoring from close range. Carty kicked the conversion to make it 26-12.

Munster’s fifth try was scored by Niall Scannell off a lineout maul and with JJ Hanrahan taking over kicking duties he added the conversion to extend the lead further.

At the start of the final quarter Liam Coombes finished superbly to score in the right corner and JJ again added the extras to make it 40-12 at full-time in the sunshine.