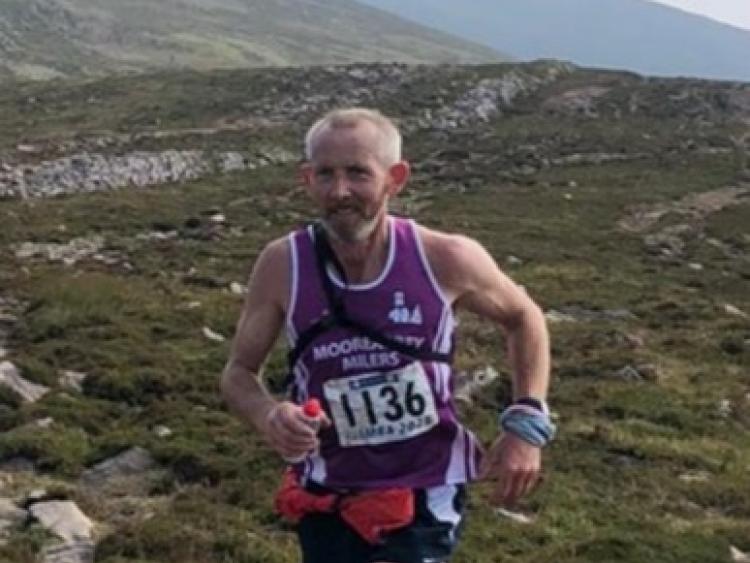 Mooreabbey Milers' Tom Blackburn competes in the Knockmealdown Half Marathon

IRELAND'S new framework for restrictive measures to help fight the Covid 19 pandemic has brought some welcome relief to the athletics community with many races being reinstated or given the green light to go ahead.

Last Tuesday week saw the government announce a new five level system which allows different events/gatherings go ahead/not go ahead depending on which level the county is on. Thankfully this part of the country currently falls into level 2.

Knockmeldown Half: This is the race that has fallen several times at the hands of the restrictions but we are delighted that we finally got competitors on the start line last Saturday morning. It's all road from the start for the first kilometre before hitting single track.

A quick descent on the single track to a metal bridge crossed the runners to the start of the fire road which put them East toward the Liam Lynch Monument. A gradual but steady climb over 4km eventually saw the runners just shy of the 10km mark at the Monument.

Then came the first of a series of open mountain climbs. The terrain from here was all single track and soft underfoot.

The section from Crohan West to the start of the Knockmealdown climb was undulating but fast in sections, with forgiving ground around if you were brave enough here was the section to open the throttle and through down the boot.

At 13.5km was the saddle and the start of the Tipperary Waterford boundary wall. From here the runners followed the boundary wall home almost to the finish line. Taking on this tough run from the club was Tom Blackburn, Dariusz Gazdowicz, Patricia Ryan and Robert Cunningham. Tom finished 3rd overall with Dariusz taking a just outside the top 10.

Willie finished mid way in a top quality field of runners finishing in a time of 26.12 in the agonising 4th position in the O/50 category.

An hour later he teamed up with county colleagues Sharon Cantwell of Moyne, Patrick Roche, of Carrick-on-Suir and friend Triona Moran, of Castlegar AC, to finish on the podium in 3rd position in the 4 X 500m mixed relay race.