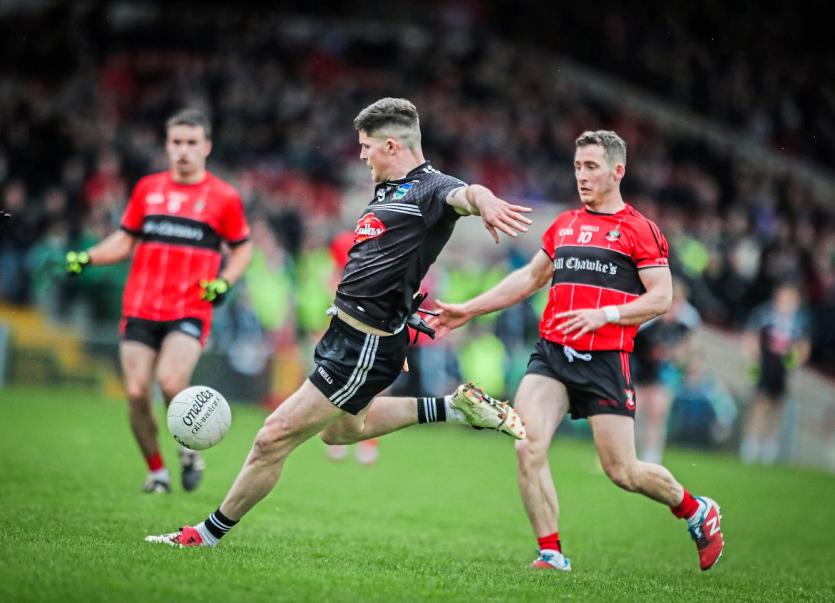 THE line-up for the semi finals of the Irish Wire Products Limerick Senior Football Championship will be confirmed this Wednesday evening.

Ballylanders and Ballysteen have already booked their places in the semi finals, which are set for Sunday.

A clash of the champions Newcastle West and 2017 and 2018 winners Adare.

When these teams met in the '17 final, Adare were winners and when they met in last year's semi final, Newcastle West were winners.

From the outset of the championship these were the only two short priced teams.

The Mike Quilligan Newcastle West have used 23 different players in their wins over Dromcollogher-Broadford and Ballysteen and 10 of those saw action for the club's hurlers on Sunday in their Limerick IHC final win - after extra time.

Adare's haven't played a competitive game since August 30 when they lost their final round group game to Fr Caseys.

The last Galbally win in competitive action was the last knockout tie between the teams - the 2010 IFC final.

This evening, Oola bid to continue on their quest to match last year - reaching the county final.

While there were without a number of players from that final this season, they have beaten Ballylanders and Galtee Gaels to reach the quarter final.

The east Limerick men are managed by Kem Downey and coached by former Galbally coach Derek Ryan. They will hope to call upon at least four of the Doon starting team from Saturday's Limerick SFC final loss.

The south Limerick men have beaten St Kierans and lost to Monaleen enroute to their first SFC knockout tie since 2012. They were without the injured James Ryan and Mark Quinlan in the earlier rounds.

This big local derby takes place in Knocklong at 7.30.

The Bruff U18 side beat South Liberties, Blackrock, Garryspillane and Killacolla Gaels to reach this final.

The Hospital-Herberstown-Knockainey side beat lost to Killacolla Gaels in the group stages but reach this final with wins over Kilmallock, Cappamore and Blackrock.