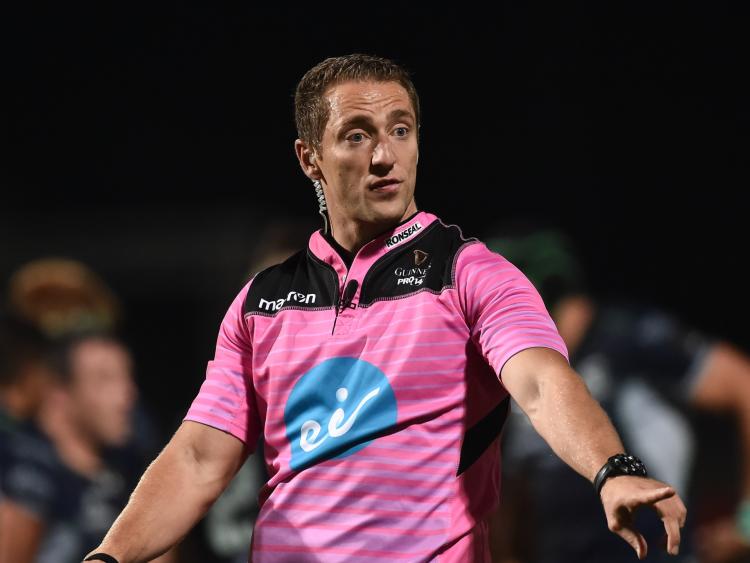 LIMERICK-based referee Andrew Brace is to take charge of the Heineken Champions Cup semi-final  between Exeter Chiefs and Toulouse at Sandy Park this Saturday, 3.30pm, it has been confirmed.

The highly-regarded Brace also took charge of this month's Guinness Pro14 final between Leinster and Ulster at the Aviva Stadium.

Thirty two-year-old Brace, who has played with Old Crescent RFC, has refereed 55 games in the Guinness PRO14 to date. The Limerick-based official was chosen as an assistant referee for the Rugby World Cup in Japan 12 months ago and received his first Guinness Six Nations appointment in February.

Brace, a full-time professional referee, made his Guinness PRO14 debut in 2015 and earned further recognition at the Junior World Championships and Under 20 Six Nations the following year.

Having taken charge of the recent Leinster v Munster Guinness Pro14 semi-final the Cardiff-born match official was making his ninth appearance of the Pro14 season in the final.

Saturday's opening Heineken Champions Cup semi-final between Racing 92 and Saracens at Paris La Défense Arena will be refereed by Nigel Owens, of Wales.