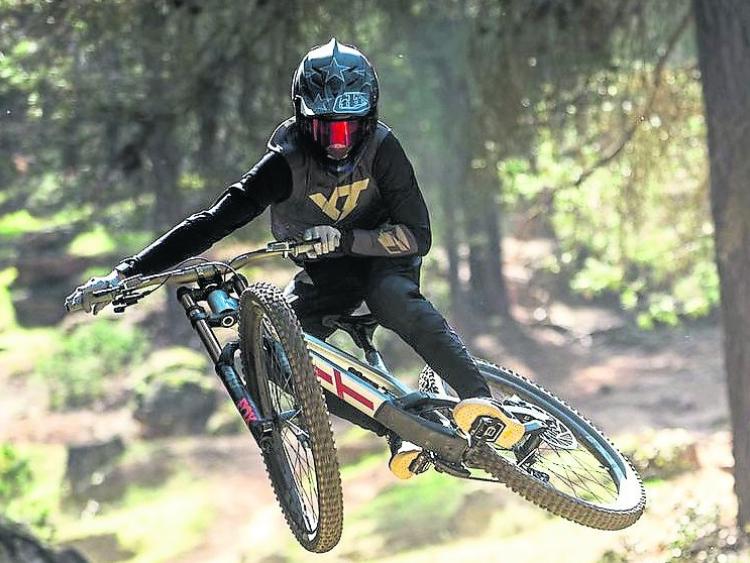 ARDPATRICK'S Oisin O'Callaghan continues to make space in the world of downhill racing.

The Limerick rider was competing in a stacked field, including many elite senior racers who were looking to dust off the cobwebs with the intention of perhaps racing in the UCI World Championships in Leogang Austria on October 11.

Oisin, who signed with professonal team, The YT Mob Race Team last October, finished second in the junior section losing out to Simon Chapelat of France by a mere .2 of a second.

Oisin had produced a very controlled race run in which he had fastest time of the day until the French rider pipped him late on.

The key areas to this sport of racing is knowing where to push and be aggressive in most areas but also to know when to be delicate in a few others.

The track was to Oisin's liking as it included a big 40 ft jumps and a serious amount of technical terrain. It was certainly a worthy track for the quality of competition.

Overall, the south Limerick rider finished in the Top 15 of Elite participants, seen as a far greater indicator of whether he is ready for World Cup racing as these top elites are the top earning paid professionals on the World Tour.

Oisin has now headed on to Morzine in France for another 10 days of training before waiting for confirmation about The World Championships which take place next month.

Oisin is continuing his excellent form of 2019 when he won a a round of the 2019 IXS series to finish second overall in the series as well as claiming victory in Lousã (POR). Oisin won Irish titles in 2017 and 2019.