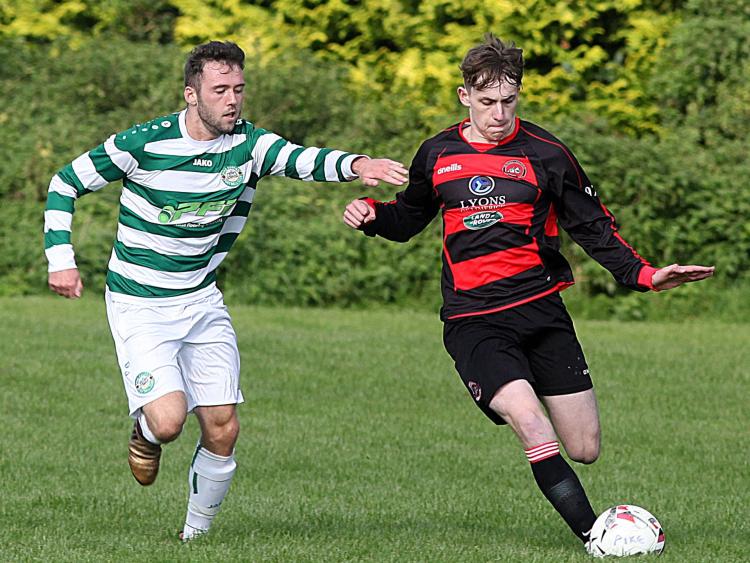 AFTER the excitement of last weekend, there is a more  mundane look to this weekend's fixtures.
There is a reduced schedule of Premier League games with only three games (those called off earlier in the season) down for decision.

Fairview Rgs and Aisling Annacotty can close the gap on the inactive leaders Ballynanty Rvs.
Fairview, fresh from their FAI success, make the short trip to take on Geraldines in Garryowen.

The goodwill that followed Fairview Rgs to Galway last weekend will be shelved come Sunday as Geraldines attempt to build on last week’s result.

The Candystripes looked dead and buried when trailing Nenagh 3-0 but a spirited comeback saw them earn a share of the spoils in a 3-3 draw.

Fairview will have been indulging in well-deserved celebrations this week but no doubt Jason Purcell and Stewart Fitzgerald will have put them through their paces in training to have them in shape for Sunday’s encounter.

The Blues’ full focus is now on the 2020/21 season and a number of new additions must be assimilated into the side. It’s a delicate balancing act keeping their winning side together and continuing to strengthen the side.

On paper it’s hard to look past Fairview but it is a local derby so nothing should be taken for granted.

Aisling will move to within a point of the leaders if they can beat Janesboro in Pearse Stadium.

‘Boro have had a good start to the season with a completely new side. It is a young side that Jason O’Connor is moulding into a tough unit.

However on Sunday they meet an Aisling side who are on the top of their game. With goals flowing from all around the park it’s hard to see the Munster Champions being stopped. Shane Clarke, Aaron Murphy and Keith Mawdsley offer a frightening prospect for any defence. It will be a huge test for a young Boro rear guard who have been improving with every game.

The Aisling management team of Shane O’Hanlon, Percy Ryan and Daithi O’Donoghue are all ex Boro favourites but on Sunday that sentiment will be forgotten as both sides chase the points.

The final Premier game pits two sides in need of the points to pull away from the danger zone. Prospect host Mungret Reg as two sides just outside the relegation places so three points is a requirement for both.

Prospect fought back well to earn a draw with Janesboro last weekend while Mungret were beaten 5-1 by Pike.

In the Premier A League leaders Athlunkard Villa will be hoping to get back to winning ways having been held to a draw by Carew Park last weekend.

On Sunday they host third placed Charleville and a victory here would give Villa a seven point cushion from the chasing pack of promotion hopefuls.

Both teams are knocking in the goals and in Christian Kerley (Villa) and Cian McNamara (Charleville) they possess two of the best strikers in the league.

Second placed Murroe let slip a 3-1 lead last Sunday when drawing 3-3 with Corbally. This Sunday they host Moyross hoping to maintain their position or depending on results elsewhere, close the gap on the leaders.

Newport were many people’s favourites to win promotion this season but they have stumbled through their first seven games, losing three. They need to get their act together quickly or they may see their chance slip by. On Sunday they visit neighbours Cappamore which gives the game an added incentive.

Holycross and Aisling Ann B meet in Holycross while the “Southill Derby” pits Hill Celtic against Carew Park. In the final game Fairview Rgs B host Corbally Utd.

Kilfrush, who lead the way in Division 1A are expected to continue on their winning ways when they host Southend while second placed Hyde Rgs will also be fancied on their trip to the LPYMA to meet Shelbourne.

Summerville Rvs will get their challenge back on track if they can beat Castle Rvs in Portland while Ballylanders v Patrickswell makes up the list of games.

In Division 1B Regional Utd B have the chance to take outright lead when they host Aisling Annacotty C.