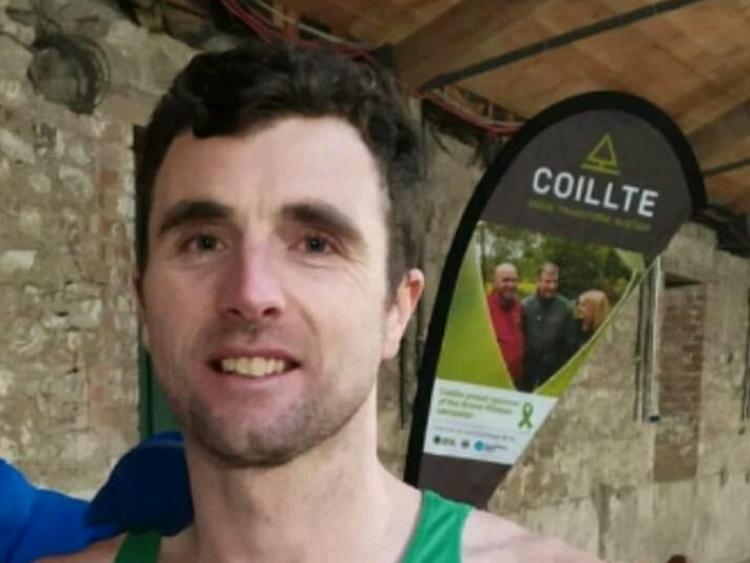 John Kinsella, of Bilboa AC, who finished second in the 5000m at the National Masters Championships in Morton Stadium, Santry

Many athletes from Limerick competed and many performed well.

Junior Women
CIARA Sheehy, from Emerald AC, followed up her string of Silver medals at last weekend’s Senior Championships with Gold in both the Discus (41:09) and Shot Putt (13:40) here.

She led from the first round in both events. Sophie Meredith (St. Mary’s) was a most emphatic winner of the Long Jump clearing 5.97m.
Ciara won silver in the Senior event last weekend.

ON Sunday the Morton Stadium was occupied by the nations best Masters athletes with a large contingent travelling from Limerick.

This year due to Covid-19 related restrictions athletes were limited to competing in just one event.

Men
TIM Ryan (Dooneen) added another national medal to his collection taking Gold in the M55 100m in 13.51.

International
CAROLYN Hayes (West Limerick) represented Ireland at the World Triathlon Series in Hamburg where in a race with a lot athletes very close in times she finished in 46th place in a time of 57:39.

There was 65 starters in this World Championships event.