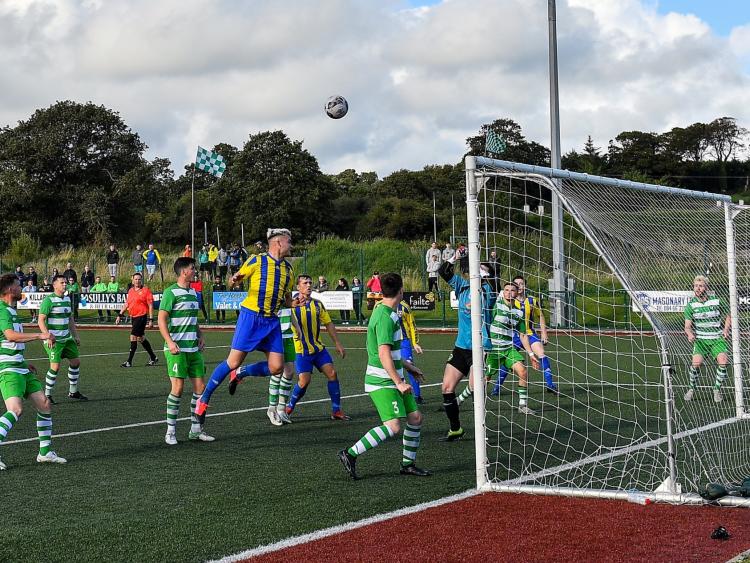 THE 2019/20 finally comes to a close this Saturday with the pinnacle of Irish Junior Soccer, the FAI Junior Cup, will be up for grabs when Usher Celtic from Dublin takes on Limerick’s Fairview Rgs in the decider in Eamonn Deacy Park, Terryland, in Galway.

Unfortunately the restrictions on public attending the game are still in place, so the large crowd that always follow the Blues will be grounded on this occasion.

This will be the ninth final that Fairview have contested and they will be hoping to continue their run of winning every one of them giving them the record number of wins.

Fairview’s path to the final has seen edge out local bigwigs Aisling and Pike Rvs along the way.

In the quarter final and semi final they had to rely on penalty shoot outs to progress after tight games against Killarney Celtic and Athenry respectively.

Likewise, Usher beat Limerick side Regional 5-3 before impressing with a 3-0 win over Sheriff. In the quarter and semi finals they posted 3-2 wins over Gorey and Oliver Bond Celtic respectively.

The surreal circumstances we are in means Fairview have already kicked off their 2020/21 season while the final awaits completion.

With mostly the same squad Fairview have won two and drawn one of the three games played to date.

Managers Jason Purcell and Stewart Fitzgerald will be glad that the goals have started to flow again for the Blues following a number of games where they drew a blank.

Ross Mann will again be burdened with expectation as the main source of goals. He has delivered to date but the striking ability of other options, Robbie Kelleher, Jason Lipper, Eddie Byrnes, James Fitzgerald and Eoin Duff gives them plenty of options.

In the middle of the park, Steven Bradley, Jeffery Joyce, AJ O’Connor, John Mullane and Adam Frahill is a selection envied by most clubs in the country.

In defence goalkeeper Aaron Savage has been superb and he proved vital in the penalty shoot outs.

In front of him Clyde O’Connell and Mark Slattery have developed a great understanding and are able to adapt from no nonsense defending to playing the ball out from the back.

A cup final is a great leveller in Junior Soccer. It’s vital the Limerick lads don’t let the occasion pass them by. They have the players capable of bossing a game and Saturday is their stage to step up.

Let’s hope we bring the trophy back to Limerick.