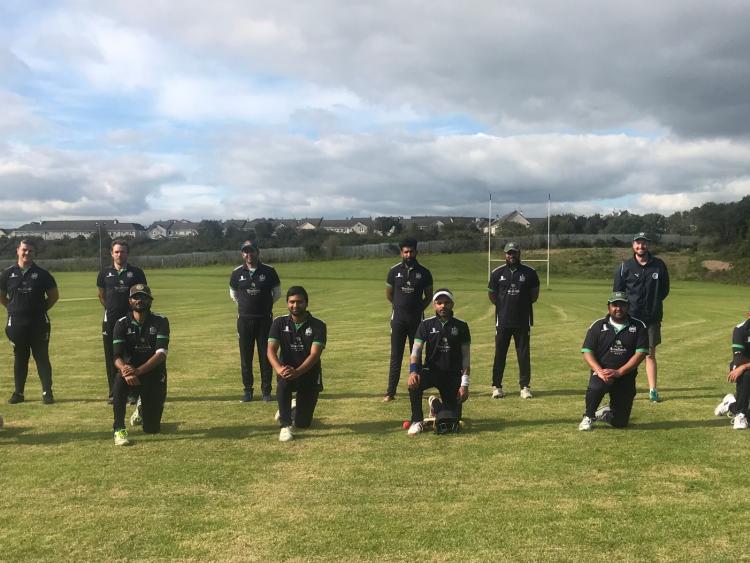 2007 felt like a century ago for a Limerick side who were on the cusp of bringing the Munster Premier League title back to Limerick for the first time in 13 years.

A win against Midleton on Sunday would secure the league for Limerick after results went their way in the other games.

Skipper Arslan Anwar has batted first in the side’s consecutive set of victories up to now, on winning the toss he would evidently take the decision to put Midleton into field and let the opposition do the chasing once again, a tactic proved very beneficial thus far.

Limerick were not waiting around in the first few overs, openers Azeem Khan and Swaroop Burrra inflicting damage with the new ball whistling to the boundary. Limerick lost Azeem in the third over at 27-1, but if there was ever a time for a match-winning partnership, that’s exactly what Swaroop and the incoming Farrukh Bhagat delivered.

The home side simply had no response to the pair in the middle with boundaries coming at a rate of knots.

The two raced to their respective half centuries before cruising to the 200 mark in 16 overs with the run rate at an astonishing rate of almost 13 runs an over.

It was an exasperating end for Burra who was closing in on his maiden century for the club before getting caught at square leg, bringing a masterclass of an innings to an end, with 72 of his 97 runs coming from boundaries in just 50 balls. Farrukh followed a few overs later getting adjudged LBW on 93 but the damage had been well and truly done at that point as Limerick recorded a club record total of 250 runs in the T20 format, giving the away side a mountain total to chase.

Midleton however didn’t go down lightly as they got off the rampant start with the bat matching Limerick’s performance with some big hitting in the opening exchanges. Shani Alam and Farrukh Bhagat put a halt to the home side’s momentum taking some important wickets in the middle overs before the in-form Farman Yousafzai put an end to any real hope of an unforeseen comeback.

When dangerman Rob Smyth was sent packing in the 16th over, it was only a matter of time and seeing out the overs as the Shannonsiders ran our 60 run victors in the end brining the league back to Limerick for the first time since 2007.

Limerick will look to go one better and complete an ‘invincible’ season of going undefeated when they face off against Kerry in Tralee this Sunday.

It wasn’t to be for Limerick’s 3rd XI who went down to UCC in Curraheen park yesterday whilst Limerick’s 4th XI edged one bit closer to their own title success with an emphatic 62 run win in Adare on Saturday, youngster Mosawer Sidiqi making his maiden half century with a 78 in just his third game for the club.

The scheduled T20 Junior Blast final for Saturday was unfortunately called off due to an unplayable pitch resulting in a postponement in the game to September 19.