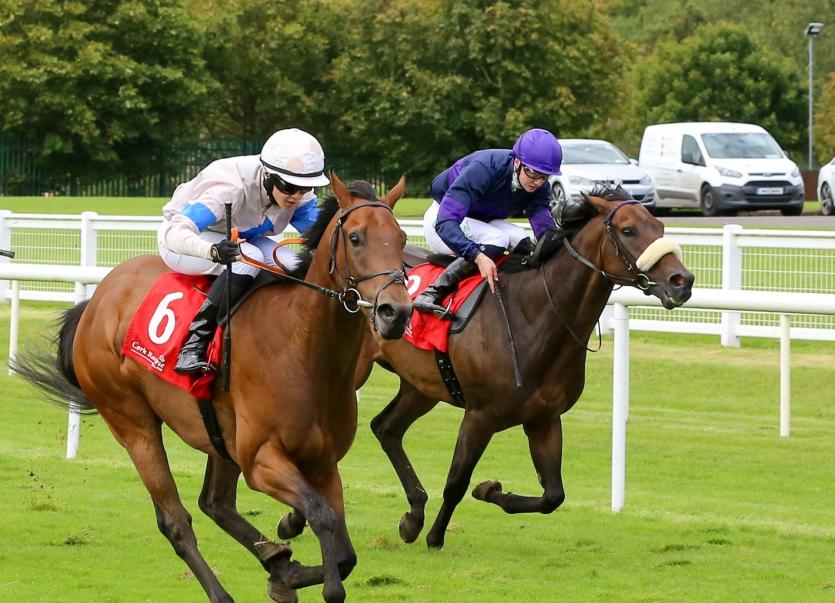 CASTLEMAHON, Co Limerick rider Mark Enright enjoyed a shock winner at Cork on Tuesday last when Chagall returned to the scene of the crime, having won at Mallow before, to take the seven-furlong handicap for trainer Eddie Lynam, getting an admirably forceful ride from the jockey.

Shanagolden rider Chris Hayes steered Back To Brussels to an easy success in the auction race at odds of 4-9 for trainer Fozzy Stack.

"She did it like a piece of work. She handled the ground well and that will do her confidence the world of good. Hopefully she can win a Listed race before the year is out," said Hayes.

In the following race, the sprint handicap, Clogher trainer Austin Leahy enjoyed a 20-1 success with the mud-loving Principalship, ridden by Dylan Browne McMonagle.

BoyleSports Irish Grand National will not take place in 2020

Horse Racing Ireland (HRI) have announced that the BoyleSports Irish Grand National will not go ahead in 2020. The 2019/2020 National Hunt season came to an early close when racing was suspended on March 24 due to Covid-19, precipitating the cancellation of the Fairyhouse Easter Festival.

Although it had been intended to run the BoyleSports Irish Grand National as part of an enhanced National Hunt Programme, with unlimited attendances at race meetings unlikely in the current Covid-19 context, and the desire to give trainers as much certainty as possible in relation to the preparation of their horses, the decision has been taken to cancel this year’s running.

The cancellation will see prizemoney lifts to two of the winter’s big staying handicap chases, the Ladbrokes Troytown at Navan on November 8 and the Bar One Porterstown Handicap Chase at Fairyhouse on November 29.

Jason Morris, Director of Racing at HRI, commented: “The decision not to run the BoyleSports Irish Grand National was made to give owners and trainers as much notice as possible, and allows connections firm up their plans for the winter with some certainty.

"We feel it is appropriate to increase our support to two complementary staying handicap chases in November, and so the Ladbrokes Troytown Chase at Navan on November 8 and the Bar One Porterstown Handicap Chase at Fairyhouse on November 29, will both become races worth €125,000.”

From Monday September 14 to Friday September 18, the world of horse racing will become available for fans of the sport to experience virtually.

The inaugural ‘Race Behind the Scenes’ week will see 20 of Ireland’s most respected racehorse trainers and owners speak at different webinars, sharing unique behind the scenes insights about the horse racing world with members of the public who register for free on racehorseownership.ie/rbs in advance of the events.

Covering a broad range of topics, the webinars will explore all areas of horse racing. Olympian, bestselling author and racehorse owner, Derval O’Rourke will join celebrated trainer Joseph O’Brien for a one-off discussion that compares the training routines of athletes to equines.

RTE broadcaster Hugh Cahill will introduce Ireland’s leading trainers, finding out what it is really like to train a champion racehorse and other well-known horse racing personalities and owners will discuss their passion for the sport.

The microsite includes an Owners section which will feature information on the thrill of racehorse ownership from the owners themselves and a World of Racing section, which features a wide range of content, such as information on what it takes be a race commentator, how to break a horse, learning what a farrier does and everything in between.

Horse racing fans are encouraged to keep an eye on @HRIOwners on social media, where more updates on the website will be shared in the coming weeks.