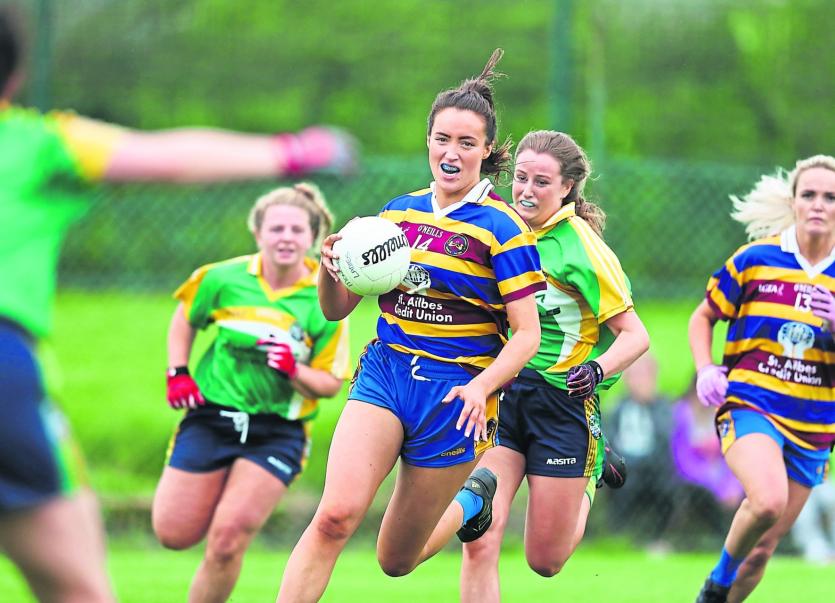 THE pairings for the knockout stages of the Limerick Ladies Football club championships have been confirmed.

In the senior championship, champions St Ailbes and 2018 champions Monagea are straight into the semi finals.

In the intermediate championship, Murroe-Boher and Dromcollogher-Broadford have advanced straight into the semi finals.

In the Junior A championship, 2019 finalists Adare and former senior kingpins Athea are straight through to the semi finals.
South Limerick's Galtee Gaels v Ahane and city side Groody Gaels v west Limerick side Gerald Griffins are the quarter final pairings. The quarter finals are due to be played the weekend of September 12/13.

Meanwhile, there are still another two more rounds of group games to be played in the Group stages of the Junior B
championship. 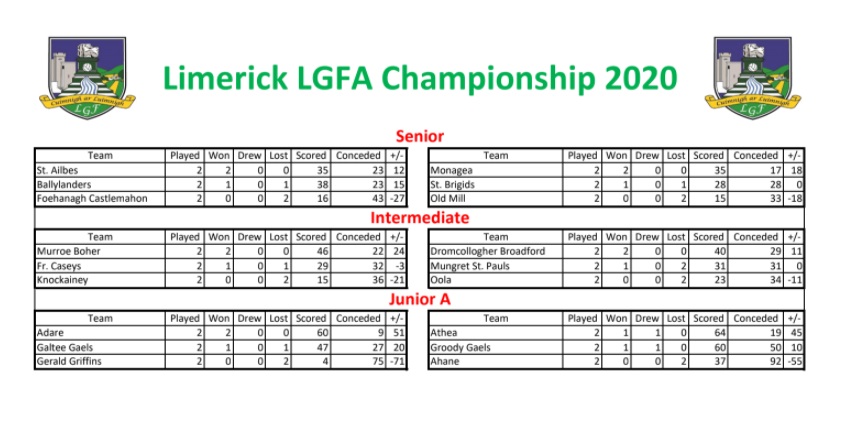