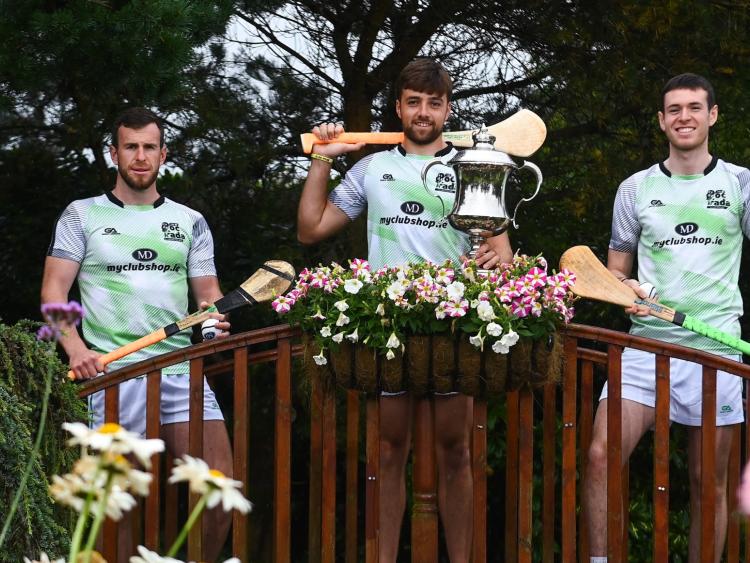 Limerick's Colin Ryan flanked by Tadhg Haran of Galway and Darren Geoghegan of Louth during the launch of the M. Donnelly Poc Fada All Ireland Finals

THE All-Ireland Poc Fada finals have been postponed due to the current Covid-19 restrictions that have all sport behind closed doors.

The annual event on the Cooley Mountains in Co Louth was to take place on September 5 but is now called off.

Pallasgreen hurler Colin Ryan and Broadford Handball star Martina McMahon were both to take part in what was an invite only competition this season.

It is understood that the organisers "will endeavor to complete the 2020 competition at the earliest suitable date, subject to Government guidelines and health and safety measures".

"While disappointing, this decision was taken in adherence to the measures to limit the spread of Covid-19 and with the health of all involved being of paramount importance," said communication from the organising committee this week.

With no qualifiers this year, the Limerick pair were among 24 invited to take part in the Martin Donnelly sponsored event in September.

Ryan qualified for the 2019 finals as runner-up in the Munster Poc Fada final.

All-conquering handball star Martina McMahon is one of 12 camogie invites. The Croagh-Kilfinny native is a former county camogie player and indeed a former Munster Camogie Poc Fada champion back in 2013.