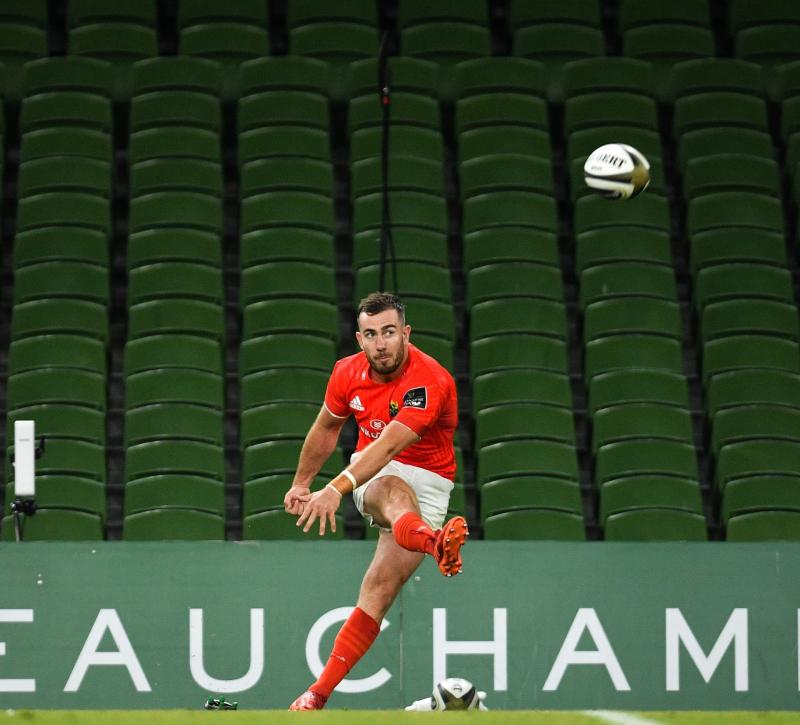 WATCHING sport on TV in this behind-closed-doors era is something all sports fans are getting used to. TV companies have been pumping artificial crowd noises into their coverage to try and improve an atmosphere.

When it came to the Premier League coverage on Sky Sports in recent months, fans had an option to watch it either with the pumped in crowd noise or without. Watching without the artificial crowd noise allowed viewers get a rare insight into all the talking that goes on on the pitch among the players.

Last Saturday night for coverage of Munster's Guinness PRO14 fixture with Leinster, eirSport chose to use artificial crowd noise in the background for their coverage.

It would have been good to have had the option to watch the entertaining derby without any crowd noise. Fans would have gotten a fascinating insight into just how important on-field communication among players is for professional rugby teams nowadays.

There is so much talking and communication among players on the same teams - and between players from rival teams - in the modern era.

Communication is key when it comes to rugby teams organising their on-field defence for instance. Ok, so there is the chance that some of the language used may be of a colourful nature.

But when rugby fans attending games choose to buy referee links to listen to the chat between the ref and the captains, colourful background language is often picked up. But it would be nice for viewers watching a game who want to do so minus the artificial crowd noises to be able to hear the players communicate on the pitch.

TV golf coverage has benefited from the introduction of microphones close to the tee boxes and especially for players' approach shots in recent years.

The microphones pick up the banter between the player and caddie giving the viewer a great insight into the thought process behind a particular golf shot.

We can also pick up on the player's reaction when he hits a bad shot - or decides to blame it on the caddie, of course!