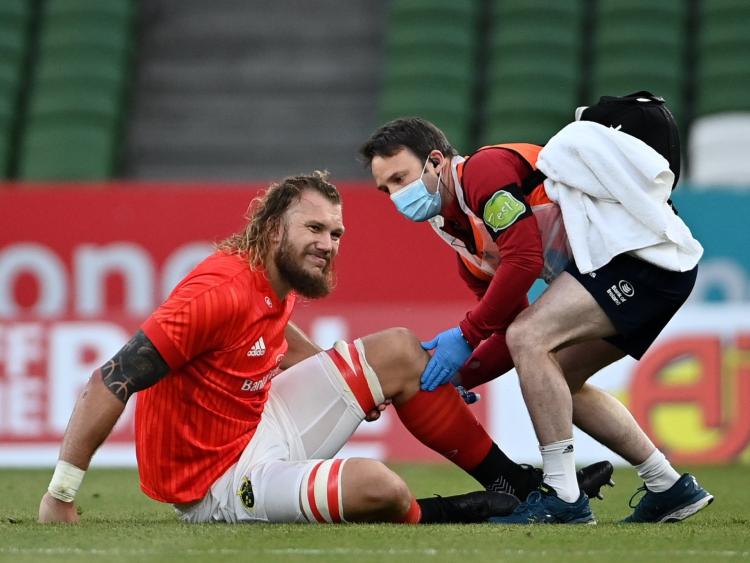 MUNSTER are fretting on injuries to a number of key players ahead of Sunday's crucial Guinness PRO14 final round regular season fixture with Connacht at the Aviva Stadium, 3pm.

South African World Cup winner RG Snyman was forced off in just the seventh minute of Munster's narrow 27-25 defeat to Leinster at the Aviva Stadium on Saturday night with a knee injury.

Snyman was joined on Munster's injured list by prop Dave Kilcoyne with an ankle injury and second row replacement Jean Kleyn who injured his neck.

Munster had also lost prop James Cronin to a groin injury before kick-off. All four players are due to have their injuries assessed ahead of Sunday's crucial Pro14 derby with Connacht.

Munster sit in second place in Conference B ahead of that final round clash with Connacht, five points off leaders Edinburgh and four points clear of the third-placed Scarlets who they must finish ahead of to make reach the semi-finals.

Van Graan said of Snyman's injury: “Obviously gutted myself with possibly losing him now and he himself is obviously pretty disappointed. He was so excited to play.

"It went from athleticism in the air to steal that line-out to despair literally half a second later. Hopefully it's not bad, but pretty gutted about that.”