Pat Sheehan at the Fairgreen 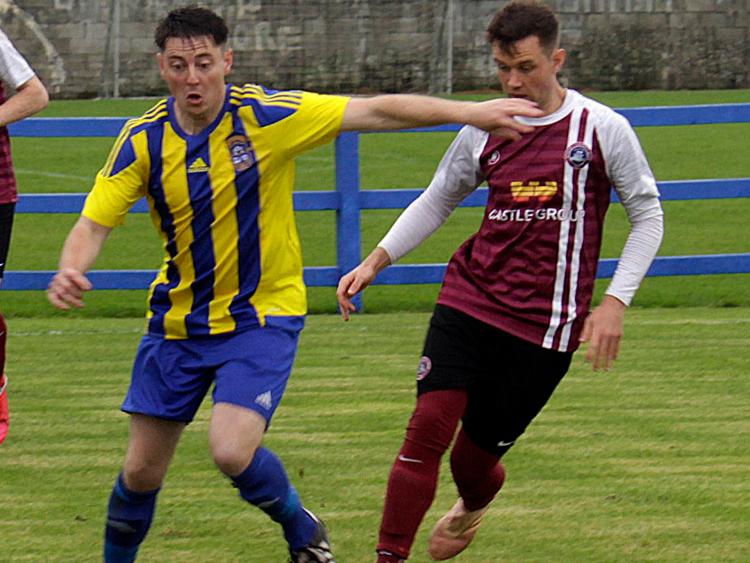 FOR the third time in four games Fairview Rgs proved victorious by virtue of a penalty shoot out.
Their success this time, against Athenry at the Fairgreen on Saturday evening, gives the Blues a place in the final of the 2019/20 FAI Junior Cup.

Fairview will be chasing their ninth success in the National competition and while the final is provisionally fixed for September 13th, there is a school of thought that it should be held until the current restrictions are lifted which would allow fans back into grounds.

The winners did it the hard way on Saturday. They looked to have sealed the win when Clyde O’Connell converted a 90th minute spot kick.  However a rare lapse in concentration allowed the Galway side to grab an injury time equaliser.

Along with scoring, O’Connell turned in a powerful performance that rightfully earned him the man of the match award.

Again the back four were rock solid for the Limerick side while in the middle of the park Steven Bradley was superb throughout and it was fitting he netted the deciding spot kick.

In the opening half Fairview had their opponents on the back foot. The addition of Adam Frahill and John Mullane to the midfield ensure Athenry had no time to settle in possession which kept ‘View in control.

The home side forced three corner kicks in the opening couple of minutes, twice Keeper Healy fumbled but was not punished.

Athenry reminded all of the threat they posed when Colm O’Donovan blazed a shot inches over the top.

The closest Fairview came was a volley by O’Connell that was just over the top.
With the 90 minutes up A clumsy challenge by Duffy on Ross Mann saw the Referee point to the spot and O’Connell converted in style.

With Fairview imagining their day in the final Athenry raced upfield and when De Silva knocked the ball down, Colm O’Donovan calmly left Savage rooted as he planted the ball in the net.

Extra time failed to break the deadlock and five successful kicks along with a fine save by Savage saw Fairview through to the decider.