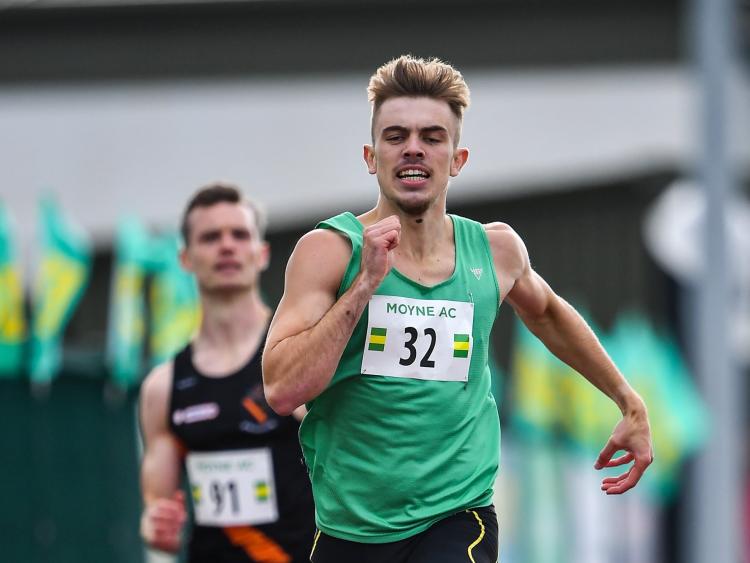 HOT and humid conditions greeted the return of competition to Shannonside with this Track based fixture. Athletes travelled from many parts of Ireland in preparation for the National Championships and Cross Country season.

Well done to all organisers, volunteers and athletes who helped to make the evening a tremendous success.

Next was the 3000m where Dooneen’s Jessica Coyne showed her undoubted talent to win the women’s race in 10:02.25.

Mark Hanrahan of Ennis Track was the winner of a 21 strong men’s event in 8.45.0.
Clubmate Dean Casey was next in 8:49.53 with Killian Mooney of Dundrum South Dublin completing the podium in 8:56.24.

First Limerick athlete was Dooneen’s Kevin O’Grady who was 8th in 9:22.01.

Molly Looney (Emerald) was the winner of the second race in 26.67 with Debbie Lawal (Dooneen) close behind in second (27.09). Opeyemi Adeyemo (also Dooneen) was third in 28.0.

Emerald also took race 2 as Jamie Mitchell was first in 21.9 with Eoin Kenny of Waterford AC second in 22.35 and Tomiwa Adeyemo (Emerald) third in 23.13.

Elsewhere, West Limerick A.C also held an ‘In club’ time trial on the grounds of An Ríocht AC last Saturday and there was a large turnout.