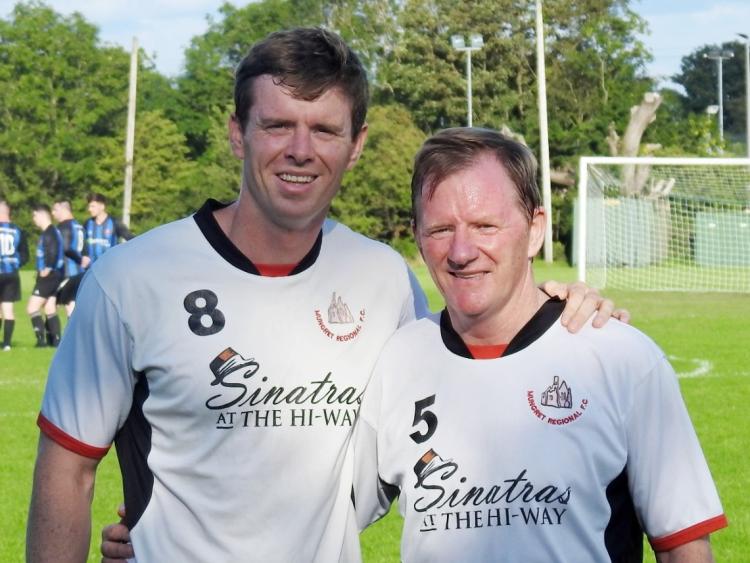 McNamara lined out at centre back for recently established club Newtown Rovers in their Division 3C fixture with Mungret Regional.

Tony McNamara who first played junior soccer in Limerick in 1974, lined up alongside his son Shane for Tuesday night's league game.

Newtown Rovers fell behind to a Barry Danaher goal. However, Newtown fought back with goals from Graham Power and Eoin Whyte to lead 2-1. However an unfortunate injury saw the game called up with seven minutes remaining.